The Patch by John McPhee

It is always a treat when someone with good taste in books gives you a gift of one you hadn’t heard of. In this case, my wife’s brother-in-law (who is an all-around great guy), found this one for me this last Christmas. Even better, he got it at the historic Warwick’s in La Jolla, so now I have a cool bookmark from there. (I am getting a collection of them from various indie bookstores…) Let me take time to make a plug for local stores. Many are, during the Covid shutdown, offering free delivery within their city areas. We want them to be there when we get back to normal, so support them now. 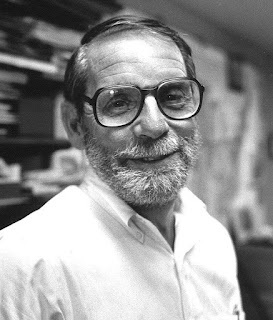 John McPhee is considered one of the key pioneers of the “creative non-fiction” genre. These days, we tend to take for granted the existence of enthralling long-form stories that combine accurate reporting and factual information yet use the techniques of literary writing to create the very opposite of a dry recitation of facts. It is the use of language, of narrative arc, of storybuilding, put to use to communicate and entertain.

John McPhee is not only one of the originals, he is still one of the best. I am sure I must have read some of his work before, although I didn’t note the byline enough to remember it later. McPhee is also renowned as a teacher. His students look like a “who’s who” list of American writers - and he is still teaching at Princeton at age 89. What is most amazing about his work is just how broad his topics are. It seems there is little he hasn’t written about at some point, and he is able to make any topic interesting, no matter how arcane or “boring” it might seem at first glance.

The Patch is his latest collection of essays, published in 2018. It might be more fair to call it a half-collection, however, as only the first half (6 essays) are new work. The second half is what he calls an “Album Quilt.” By that he means it is a motley collection of excerpts from other things he has written over his long career. The pieces cover literally five or six decades of writing, and cover such a crazy range of topics, it is hard to know where to start. I mean, there is a thing about Rock Hudson back when he was a big star (and alive, for that matter), and a bit on bird watching, a couple paragraphs about the Moscow State Circus, a look at the exclusive golf club congressmen (and it was ONLY men) used, a few articles on sports players and coaches, and so much more. And with very few exceptions, it was all fascinating. (And considering the range of topics, chances are everyone will find one that may not be as interesting to them…)

The title essay, “The Patch,” is about he and his late father fishing for pickerel in shallow water where they hung out. I’m a terrible fisherman - I have too little patience for it - but I loved this essay. It is clear that McPhee’s skills haven’t declined, because he tells a great story, and brings the scene to life incredibly well.

This isn’t the only new essay that mentions his dad - a few of the new essays serve in part as eulogies. His father was (among other things) the physician for the sports teams at Princeton, and, well, I’ll let McPhee tell it:

Early in the season, Princeton football practices often occurred in high heat. Not to mention humidity. Charging, blocking, punting, grunting, everybody dehydrated by the quart. My otherwise benevolent father forbad them to drink ordinary water. They were losing electrolytes, and they needed to hydrate and electrolyze. Buckets beside the practice fields held the only fluid my father would allow the players to drink. They complained. They further complained. But they were so thirsty they dipped ladles into the buckets and drank. The fluid tasted awful, as I can testify, because--age eight, age nine--I drank it too. It was an aqueous solution of sodium chloride, sodium phosphate, and potassium chloride. Why am I telling this story? Because, twenty years later, researchers at the University of Florida College of Medicine, responding to a request from Coach Ray Graves, developed a drink full of electrolytes to hydrolyze the Florida Gators. The difference between Gatorade and the solution in my father’s buckets was sugar and fruit flavoring--healthless components that were evidently of no interest to my father or I would be writing this from one of my seasonal villas.

That short paragraph is a tour-de-force of good writing, from the careful plotting and pacing to the internal rhymes and rhythms to the perfect use of vocabulary. McPhee’s writing is adapted to his topics, but it is always excellent.

Two of the new essays concern golf. Now, I am not a golfer, and don’t really care about golf as such. But I like good writing about golf very much - particularly P. G. Wodehouse. And, apparently, John McPhee. The first is about his hobby of collecting lost balls (so he can donate them to a program for kids who can’t afford $3.00 balls.) The second is about the original golf courses in Scotland, before they became the environmentally catastrophic artificial playgrounds for the rich they tend to be now. His description of the wind and the sheep and the ocean and so on is pretty good by itself. I rather enjoyed his explanation of where “links” come from. Many announcers get it completely wrong. It comes from the Old English “hlinc,” meaning “rising ground” - a hilly wind-sculpted coastal terrain that exists only in a few places in the world.

The other original essays all connect in some way to sports, although not always in the expected way. The “Album Quilt” is the part where the topics get crazy.

One particularly great one involves McPhee locking his keys in the car in a dodgy parking garage in Manhattan. He finds a coat hanger and attempts to unlock it himself. And then the cops show up. So he asks them to help him break into a car. Which they do.

Then the two policemen got back into their own vehicle and prepared to drive away.
“Wait,” I said.
They had asked for no papers, no identification of any kind. They had found me trying to insert a wire into a Ford. Were they just going to assume that the car was mine?
Sam, hearing all this, looked at his partner, then back at me. He said, “Listen, mister, if you’re stealing that car, and you had the chutzpah to get us to help you, take it. It’s yours. You can have it.”

Now sure, white privilege and all, to be sure. But I myself have been hassled by the cops about possibly stealing my old Camaro. (Both ended fine, but I had to show ID and registration…)

I also liked the opening of a brief bit (obviously from a longer essay) praising puns. I am an inveterate punster, so I am highly in favor of the art form. And, of course, the beginning is a pun:

The pun also rises, even while maligned as the lowest form of humor. In good hands, words can be made to jump, molt, wiggle, shrink, flash, collide, fight, strut, and turn themselves inside out or upside down.

One final excerpt I want to mention is a longer one on bird watching. McPhee isn’t a birder, exactly - at least before writing this essay - so he was surprised to be asked to write an article on birding. I have gotten into it the last few years (not coincidentally when I got a camera with a long enough zoom), although I am not as serious as many. You can see my birding collection here. Anyway, there is an intriguing quote from McPhee’s birding friend. I don’t feel quite the same quasi-sexual way about it, but it does capture the thrill of getting a good shot of a new bird.

“One might as well be blunt about it and concede that the entire enterprise is redolent of sexuality,” he said. “The voyeurism is embarrassingly obvious. I mean your stealth, your luck, and a couple of ground lenses can bring you into a secret intimacy with some of the most beautiful, graceful, and sensual beings in nature. The perspective is unreal--it’s as if you were up there on a branch among the leaves with them, and you cease to be your earthbound self entirely for a bright, timeless flight as you strain to catch one more glimpse of the golden-crowned kinglet darting through the conifers. Did I really see that crimson streak running through the yellow cap, or did I imagine it? The excitement can be compared only to that I experienced as a fourteen-year-old gulping my way through Lady Chatterley’s Lover, looking for the dirty parts. And yet the fantasy is of an exquisitely purer intensity--the eroticism of angels, not of thrashing animals on the ground.”

I think I will have to add McPhee to my list of authors who I would read no matter what the topic - those who elevate the English language and capture the essence and real-ness of whatever they write about. His gentle humor and lovely writing as well as his dedication to understanding his topics are delightful.
Posted by Diary of an Autodidact at 1:13 PM