Sadness and Happiness by Robert Pinsky


This year, my wife found a “used” copy of The Figured Wheel, the collection representing Robert Pinsky’s poetry from 1966 to 1996. I say “used,” because I am not at all sure it had been read before. We find books like that pretty often, and it makes me sad. But at least this one found a good home.


In England, at least once upon a time, it was a big deal to be Poet Laureate. And people actually knew who you were, and cared. Not so much in the United States, at least since Robert Frost in 1958-1959. Quick, try to name one since then. (English teachers are disqualified. Sorry.) My guess would be that most would say, “Maya Angelou.” And that would be incorrect, because, whatever her merits as a poet, she never made Poet Laureate. A few like myself might vaguely remember Richard Wilbur, Gwendolyn Brooks, or Billy Collins. And some might at least know that Juan Felipe Herrera is the current appointee.


Oh well, it is probably just yet another symptom of the decline in the popularity of poetry in general. (And no, it isn’t that modern poetry is boring. Almost nobody reads the classics anymore either.) 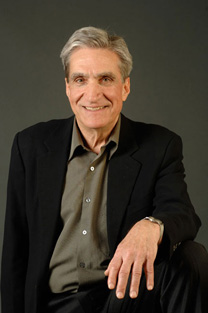 Anyway, Robert Pinsky was Poet Laureate from 1997 to 2000, and like many who received that honor, he used his position to promote poetry. He founded the Favorite Poem Project, where people wrote in their favorites - and many made videos of themselves reciting those poems. It’s worth a visit.


In my opinion, for what it is worth, I think that Robert Pinsky is a first-class reader of poetry, and pretty darn good at selecting and explaining poems too. I kicked off my Poetry Project on this blog by reading the anthology he put together, Essential Pleasures, which is a truly outstanding introduction to a wide range of poetry.


I also read his translation of Dante’s Inferno, which I loved. He took an interesting approach of preserving the terza rima form and the meaning, but splitting the original stanzas.


This was the first time I actually sat down and read more than one of his poems at a time. Sadness and Happiness is his first collection, published in 1975. It is divided into a few sections, including the final poem, a longer work entitled “Essay on Psychiatrists,” which, among other things, discusses mental health in light of Euripides’ The Bacchae. (It was actually pretty good, if literarily nerdy.)


Here are a few poems and lines that stood out to me:


Ceremony For Any Beginning


Against weather, and the random
Harpies--mood, circumstance, the laws
Of biography, chance, physics--
The unseasonable soul holds forth,
Eager for form as a renowned
Pedant, the emperor's man of worth,
Hereditary arbiter of manners.


Soul, one's life is one's enemy.
As the small children learn, what happens
Takes over, and what you were goes away.
They learn it in sardonic soft
Comments of the weather, when it sharpens
The hard surfaces of daylight: light
Winds, vague in direction, like blades


Lavishing their brilliant strokes
All over a wrecked house,
The nude wallpaper and the brute
Intelligence of the torn pipes.
Therefore when you marry or build
Pray to be untrue to the plain
Dominance of your own weather, how it keeps


Going even in the woods when not
A soul is there, and how it implies
Always that separate, cold
Splendidness, uncouth and unkind--
On chilly, unclouded mornings,
Torrential sunlight and moist air,
Leafage and solid bark breathing the mist.


I’m particularly fond of the first three lines of the second stanza. One of those “moments” in poetry that are unforgettable.


Sadness and Happiness is also a section within the book, consisting of a long poem in multiple sections - but only one long sentence, which goes on for nine pages. Not that it is formless, though. It is divided into quatrains, with a rhythmic structure that is almost a tetrameter, but not quite regular in its feet. The language itself is carefully chosen (Pinsky has a great feel for sounds and pacing), and one thought bleeds into the next in a carefully arranged transition. And sadness and happiness intermingle throughout the poem, in a succession of images, One line that stood out in this one was this:


...happiness
like the sex-drowsy saxophones
rolling flatted thirds of the blues
over and over, rocking the dulcet
rhythms of regret, Black music


which tumbles loss over in the mouth
like a moist bone full of marrow;


The Blues, tumbling loss over in the mouth. Pinsky plays saxophone, and writes well when it comes to musical matters.


does indeed hinder love and hate,
and one can behold well with eyes
only what lies beneath him -
so that it takes more than eyes


to see well anything that is worth
loving;


Another poem I liked is this one:


Someone is reading, in the sleepy room
Alert, her damp cheek balanced on one palm,


With knuckles loosely holding back the pages
Or fingers waiting lightly at their edges.


Her eyes are like the eyes of someone attending
To a fragile work, familiar and demanding —


Some work of delicate surfaces and threads.
Someone is reading the way a rare child reads,


A kind of changeling reading for love of reading,
For love and for the course of something leading


Her child’s intelligent soul through its inflection:
A force, a kind of loving work or action.


Someone is reading in a deepening room
Where something happens, something that will come


To happen again, happening as many times
As she is reading in as many rooms.


What happens outside that calm like water braiding
Over green stones? The ones of little reading,


Or who never read for love, are many places.
They are in the house of power, and many houses


Reading as they do, doing what they do.
Or it happens that they come, at times, to you


Because you are somehow someone that they need:
They come to you and you tell them how you read.


This poem was written for a professor of Pinsky’s, who as a child read every single book in the one-room library in her small town. She later became a librarian of that library, before going on to teach English. I cannot help but think of the librarians I know, and their quest to teach the art and love of reading.


Another great one is “Daughter,” presumably written about Pinsky’s own daughter, young at the time. It is too long to quote, but I’ll give a little idea here:


She thinks about skeletons,
Admires their symmetry,
Responding with fear
To the implied movement
And the near-absence of expression.
In the museum
Of natural history
She pressed up close
To the smaller ones;
But shook, studying the tall
Scaffolding of dinosaurs
From the next room.
Back home, sitting in the john
With the door open
She claims to see, in a mirror
Down the dark hall, her own.


And that’s how a lot of the poem goes, with Pinsky capturing the bizarrity of small kids, with their strange leaps of logic and imagination, their issues with bodily fluids, relationships, and lack of filters. As one of my own daughters did at one point, his lists the family members in order of age, “declaring that we will die in the same order.”


Pinsky writes well in both traditional and modern forms, and his poems can swing from thoroughly modern references to Greek mythology without missing a beat. That is one of the things I find fascinating about him, is that he loves and embraces the old - his analysis of Elizabethan poems is enlightening  - but he can write adeptly in the new forms and aesthetic as well. Between the analysis, the poems, the translations, and the Favorite Poem Project, I can say that I believe Robert Pinsky has done as much as anyone else since my high school days (shout out to Mr. Collins, English Lit!) to foster my love and appreciation for poetry. I know that the Poet Laureate position has limited influence, but in my heart, I hope that the present and future laureates will be able to reach at least a few like me, and open our hearts and minds to a world where less means more, and words are allowed to dance.


Because I had to include a reading example. I enjoy Elizabeth Bishop, and Pinsky reads her poetry with a simplicity, but with a perfect sense of cadence and phrase. You can hear both the line breaks and the sentence breaks, but neither overpowers the language itself.

Posted by Diary of an Autodidact at 8:43 PM