This is an installment in my ongoing series on the National Park system.

My wife always wanted to visit Mesa Verde National Park, but her family never quite made it happen when she was a kid. And then, they finally managed to go - after she was off at college, naturally. That’s the way it goes, right? Anyway, we had talked about doing this trip, and the major obstacle was the driving distance. It’s a solid 11 hours from our town to Cortez, Colorado, not including stops for gas or food. With really little kids, that would be a problem, so we decided to wait until the smallest one could handle the time in the car.


We made this a reasonably long trip (for us) by adding Garden of the Gods to our list of attractions. Once this was decided, I plotted out our driving so that we would have time to at least spend an afternoon at a couple of other National Parks: Great Sand Dunes, and Black Canyon of the Gunnison. (Stay tuned for posts on those.) We spent the most time at Mesa Verde, however, a full three days of hiking and exploring.


Mesa Verde is the first National Park we have visited whose reason for existence was for the preservation of cultural and historical value. This is indeed a key mission of the National Parks Service, but usually cultural or historical sites are National Monuments or National Historic Sites or some more esoteric classification. That Mesa Verde was designated as a National Park (which requires a literal act of Congress) is a testimony to the hard work and persuasive power of two women, Virginia McClurg and Lucy Peabody. As a result of their efforts over a decade, president Theodore Roosevelt designated the area a National Park in 1906.


Mesa Verde is best known for its cliff dwellings, the most extensive well preserved in North America. Less known, however, is that the park is home to many more archaeological sites - more than 4300 - the majority of which are located on top of the mesa. Also surprising is just how far back evidence of human habitation goes back in the park. The earliest evidence shows that the first nomadic peoples occupied the area about 12,000 years ago. By 6000 BCE, there is evidence that there was agriculture as well as the prior hunting and gathering. By 1000 BCE, agriculture had become dominant, and regular shelters and other structures have been found.


At this time, the introduction of corn made for a significant change. From then on, until about 750 CE, the “Basketmaker” culture dominated. It was pretty wild getting to see artifacts from this era in the museums. Although time took its toll, the general dryness of the area help preserve things. Also from this era are many pithouses, which can be seen throughout the park.


After this is the era of the Ancestral Pueblo Peoples, when pithouses began to give way to stone dwellings. These were often fairly large communities which housed hundreds of people. Also built at this time were a number of watchtowers and reservoirs. The civilization had become a fairly complex society.


At the pinnacle of development, the famous cliff dwellings were built. These did not replace the pueblos on the mesa, but supplemented them. These were built over a 150 year period between 1150 CE and 1300 CE.


After this, everything was abandoned. The best guess is that drought conditions led to a migration south. The fact of the drought and the migration are pretty well established, but there is no record of whether there was a clear causal connection, or whether other issues, such as warfare or disease may have been causes. In any case, the descendants of the builders of Mesa Verde live on in the Native American tribes of New Mexico and Arizona.


In addition to the archaeological wonders, Mesa Verde holds fascination for those who love geology, biology, or even just spectacular views. The mesa towers over the surrounding area. You can literally see for 50 miles or more in every direction from somewhere in the park. 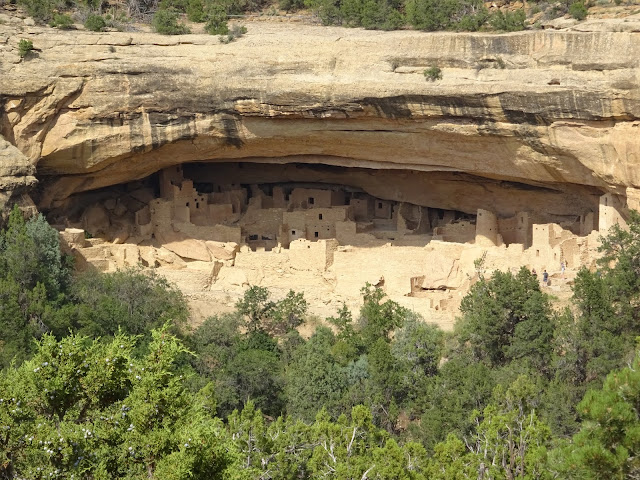 Cliff Palace from above. One of several villages you can tour. 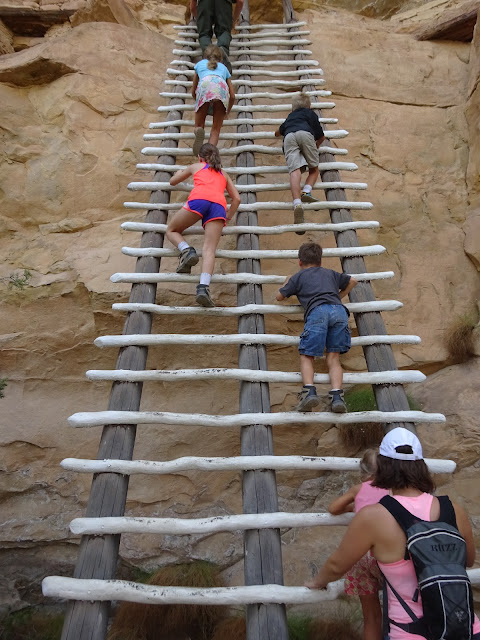 Kids (and wife) on biggest ladder at Balcony House. 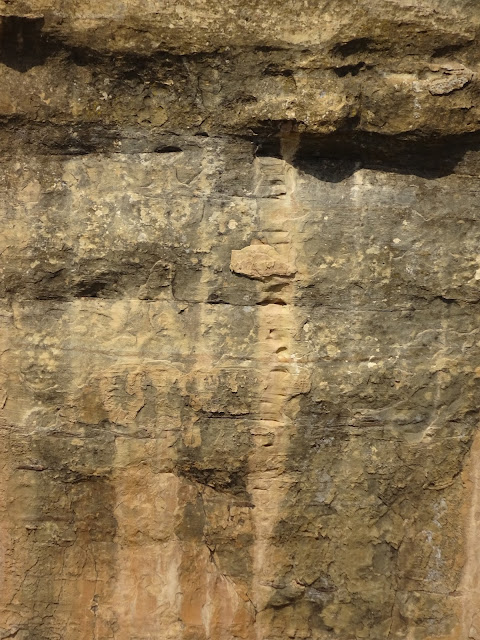 How did one get from the rim to the cliff dwelling and back?
Toe holds like these.
Presumably kids learned how to use them at a young age.
I think my kids would probably enjoy that more than I would watching them. 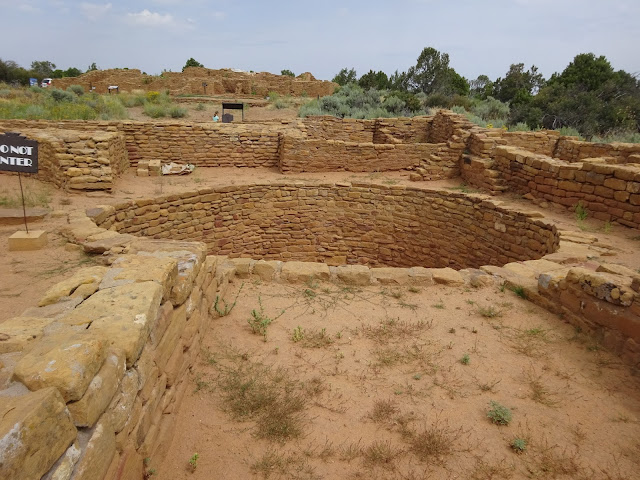 Far View Community on the rim. 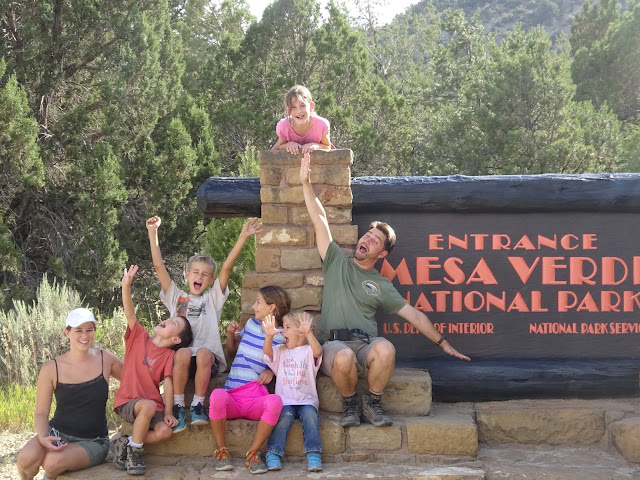 Well, most of us are in the spirit of things...
Posted by Diary of an Autodidact at 12:04 PM