Part 1: Everybody Does It - Politics and Philosophy

This installment is one I actually considered writing on its own a few years back, and never got around to it. I have been thinking about this a lot since leaving the Gothard cult, and it makes sense of so many of the unnecessary battles with my own family.

In order to understand this installment, you really need to read Part 2, because this one builds on that. In essence, all three categories I discuss here are in the realm of “religious beliefs.” These are not the things you can discuss using a common - and secular - language. These are not issues of “how do we treat other people” or “how do we balance competing needs within a society.” Beliefs that resonate across religious and non-religious lines can be discussed like any other issue. I’m talking about matters of religion and religious practice, and the cultural preferences that go along with them.

Here are the categories as I see them:

These are analogous to other beliefs that tip into bigotry or fascism as well. Racism and misogyny, for example, can be bigotry without becoming fascist. One might even argue that, say, a belief that God wants you personally to only marry within your own race could be sincere, albeit still racist, as long as it applied only to you. It is when you think that others are bound that it becomes racist bigotry. And when you want the law to enforce it, it becomes fascist.

Let’s look at these one at a time, with some examples.

Whether or not you are religious, most of us in this era are fine with people believing stuff we don’t, and partaking in practices that we find weird or silly. These beliefs are religious (or superstitious if you prefer), but they are not necessarily bigoted.

For example, one might believe that God forbids you to eat food sacrificed to idols (see: Romans). Or pork. Or Twinkies. One might believe God forbids caffeine. Or God wants you to wear a particular style of clothing. Or only have sex with someone of the opposite biological sex and gender identity and only after a certain civil or religious ceremony. Or you might believe that because you are a vagina person, not a penis person, that you should not work for a living, but spend your full time caring for home and children. You may believe a UFO will come for you when a comet arrives. You may believe that holy water protects against vampires. You believe that God doesn’t want you to have an abortion or use birth control? Fine, don’t. (But be upfront with your partner about that, please.)

Whatever your beliefs, if you sincerely believe God is calling on YOU to do something that does not harm others, but only affects YOU, then this is a sincere belief. And in our society, those of us more or less on the Left support your right to believe these things and parake in these practices. As long as you don’t insist we believe or practice. That’s the very definition of “freedom of religion.”

Bigot: a person who is obstinately or intolerantly devoted to his or her own opinions and prejudices especially : one who regards or treats the members of a group (such as a racial or ethnic group) with hatred and intolerance

Religious bigotry is when you decide that not only has God called YOU to do something, God has called OTHER PEOPLE to do it as well. Just like, say, racial bigotry, it is a belief that people who hold to your opinions and prejudices are better than other people, and thus you can treat others with hatred, contempt, or intolerance.

If God has called you to abstain from pork, fine. But when you start carping at me because I love bacon, you have crossed the line into bigotry. If you choose to wear old fashioned clothing, fine. It’s your body, dress how you prefer. (Within the basic social constraints - no shoes, no service, right? And wear your damn mask to protect others from Covid.)  But when you decide that God wants other people to dress a certain way, you have crossed the line into bigotry. If you believe a soul is created when egg meets sperm, that’s fine for you. But that belief is younger than I am, not supported by science, and a lot of people do not believe the same way as you. Ditto for the split of breadwinning, childcare, and housework. How I do that is none of your business. You want to wait for the UFO? Go for it. But don’t ask me to wait up with you.

The reason that this is bigotry is this: you believe that God speaks to you more than to other people.

You literally believe that God told you instructions about how I should live my life. And that I didn’t receive my own (contradictory) instructions from God myself. You know better than I do about my own life. God likes you better, which is why he told you what to tell me. And you disdain me and feel entitled to correct me for not believing the same way you do.

It may be sincere bigotry. But it’s still bigotry. And it is breathtakingly arrogant.

From bigotry, it is a very small step to the embrace of theofascism. After all, if your disapproval of others doesn’t force them to change, then it is easy to consider using government violence to enforce the rule. Those damn women won’t cover up? Make them wear a hijab! Women won’t stay home? Make them have a male guardian with them to leave the house.

Not too long ago - during my parents’ lifetime - religious bigots were railing against interracial marriage, and furious that it was legalized. Heck, the Religious Right was literally founded to perpetuate segregation. Bigotry tends to lead to theofascism. All it takes is bigotry added to political power.

Which is why a primary goal of those of us who believe in religious freedom is to prevent bigots from getting political power. They tend to be all too fond of the Inquisition.

As I have noted in every post so far, this applies beyond the political. While political power is necessary for theofascism, its roots go much deeper, into society, churches, and families. The white Evangelical church has been a breeding ground for theofascism (and white supremacist fascism too) for decades. Many families, including mine, were sucked into the Culture Wars™ in some way or another during the 1980s and 90s, whether from Bill Gothard or James Dobson. My generation (and the Millennials too) had our childhood and teen years defined by this sense of cultural grievance and militant bigotry. And when some of us chose a different path as adults, we have found sustained pressure on us from our families - we are the black sheep who betrayed the cause. 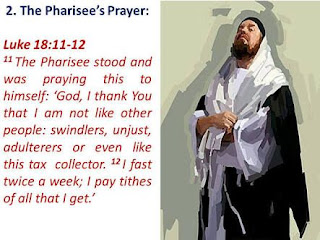 Posted by Diary of an Autodidact at 12:31 PM