Source of book: I own this in a lovely hardback edition.

I am not entirely sure how to review this book. The problem is, one of the biggest thrills of the book is the slow reveal of the story, so any spoilers are problematic. The best I think I can do is to talk about the writing, about some of the important themes, and leave the plot almost unexamined. And, I can talk about Menabilly.

First, about the author. Daphne du Maurier was born in 1907 to a literary family. She was quite beautiful, as pictures of her as a young - and older - woman amply demonstrate. She married Sir Frederick Browning at age 25, by which time she was already becoming a successful author. The marriage was, well, interesting. Many who knew her thought she acted pretty frostily toward her husband, and also toward her children, particularly when she was on a writing binge. It is hard to tell how much of this reputation derives from the actual facts (which aren’t that many - she was fairly private, and became more so as she became more famous) and how much stems from her brilliant writing about unhappy marriages. On the one hand, perhaps she wrote what she knew. On the other, both James Thurber and P. G. Wodehouse both wrote hilariously about shrewish women and henpecked men - and both were devoted to their wives, who were, by all accounts, loving and delightful. So skilled writing isn’t necessarily autobiographical.

However, there is one sort of creepy autobiographical note in Rebecca. The central “character,” if you will, is the estate, Manderley, which the characters inhabit. The estate isn’t just land, though: it is an old house built in Elizabethan times. Nowadays, perhaps we think of Downton Abbey when we Americans think of an old estate house. Or, for some of us, we might think of Pemberley (you do not want to know how many lines from Pride and Prejudice I can use in ordinary conversation.) But I suspect for millions in the 1940s, Manderley was what came to mind.

But what of du Maurier’s connection with the estate? Well, before writing Rebecca, she ran across an old house in Cornwall on the Menabilly estate. It had been abandoned by the hereditary owners - the Rashleighs - and couldn’t be sold because of an entailment. (My understanding of Victorian literature was aided immensely by my law school education. The US doesn’t do entailments, but we had to spend quite a bit of time learning about the Common Law background of real property law in order to understand American law. “Who owns Blackacre?” is the most memorable question in law school…) du Maurier snuck onto the estate to view the house, and fell in love. For a decade and a half, she would from time to time go on the estate, finally entering the decrepit house itself through an unlatched window. She asked permission after a couple visits, which were granted. Eventually, circumstances changed, and the new heir agreed to let du Maurier lease the home - and restore it. She poured what must have been an obscene amount of money into the house, but she did indeed restore it to sparkling condition. She would live there until her death. I tried to find a modern picture of the house, but was unable to. There are a few older pictures, but the owners do not make it available for tours or photography. 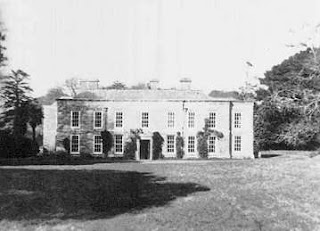 So, after seeing a decayed house, du Maurier patterned the estate in Rebecca after it, also borrowing elements of the plot from Jane Eyre (and possibly after a Brazilian novel - which itself may have been plagiarized.)  In any event, the broad plot itself isn’t that uncommon - it is the details and the writing that distinguish it.

The basic plot idea is this (and this isn’t much of a spoiler, more a teaser): the narrator is a naive young woman who is employed as a “lady’s companion” for a tacky older woman. In Monte Carlo, she meets the dashing and mysterious Maximillian de Winter, who is apparently haunted by the drowning death of his wife a few months prior. After a whirlwind romance, he proposes, they are married, and then return to his estate at Manderley, where things go wrong. His first wife, Rebecca, appears to have been the most beautiful, best loved women ever, competent in everything, and beloved by almost everyone. Rebecca’s former maid - now housekeeper - Mrs. Danvers, is obsessively devoted to the memory of Rebecca, and torments the new Mrs. de Winter with her inadequacies.

Beyond that, I will not go. The beauty of the book is in the writing. Du Maurier was a skilled writer, and balanced evocative descriptions and lovely turns of phrase with haunting emotion and foreboding. The story is told by the new Mrs. de Winter - we never learn her name - and we learn the dark secrets of Manderley a tiny bit at a time just as she does. Just a bit here, then a bit more later, until all is revealed - but not quite all until the very last sentence in the book. Darn good writing for that reason alone.

The first line too is one of the most memorable in all of literature: “Last night I dreamt I went to Manderley again.” Also “memorable” is the line (which isn’t actually in the book as far as I can tell, but might as well be) “You can never go back to Manderley again.” The last line is superb too - but I won’t reveal it. You will have to read the book.

And the themes. First of all, psychopaths make good characters when handled well. Crime and Punishment still haunts me nearly two decades after I read it. Roger Chillingworth still gives me the shivers. Pozdnyshev from The Kreutzer Sonata was all the more disturbing because he was at some level an autobiographical representation of Tolstoy himself.  (Feel free in the comments to mention more outstanding psychopathic characters in the comments.)

The part that is most disturbing about Rebecca I think is that it legitimately makes murder seem like a viable response to psychopathy. Because it may well have been the only way to stop this particular psychopath. (And the eventual reveal of the psychopath’s own role in his or her death is also quite uncomfortable.) And because du Maurier unbalances the reader’s own sense of ethics and morality. It is not pleasant to root for the “wrong” people and the ethically questionable result in this book. But that is what good authors can do: make the world a bit less black and white.

On a related note, one of the reasons this is so successful is that du Maurier taps into a primal fear of men. Something that goes back to our animal ancestry and our Darwinian instincts. We fear that we will be tricked - or worse forced - to rear the offspring of another male. One conceived by the unfaithfulness of our wife. Particularly when she rubs our nose in it. (Hey, I do family law - I’ve seen it. Here in California, a man may very well pay over a decade of child support even though the child is provably not his.

Another theme that I found interesting is the growth of the protagonist. I found her mostly annoying. She isn’t my kind, clearly, and I would never have married someone like that. But as a character, she is fascinating. And she does indeed change significantly and believably, which is a sign of good writing. Du Maurier also invites speculation. Would things have gone differently if the protagonist had done things differently? Would the reader have made different choices? I had an inner dialogue going the entire time I was reading a book for that reason. One isn’t just drawn into the story, but into the inner lives of the characters.

But another question appears from the other side, given du Maurier’s personal history. What would she have been willing to do in order to become mistress of Menabilly? Would she have married her husband for it? Did she? (Well, not exactly, but...it wouldn’t have been entirely impossible if the dates had lined up better.) And, following from that, just how much was du Maurier like Rebecca?

My wife strongly recommended I read this book, and, as usual, she was right. It is quite a good read, and a definite classic.

Just for fun: Irish singer Enya owns a Victorian era “castle” which she renamed Manderley Castle. Like many celebrities, she has a few too many overzealous stalker fans, and has had several people go over her walls. Apparently, she is one of the sorts that actually needs a castle. Who knew? 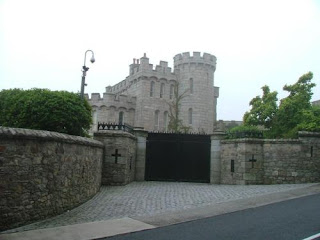 Posted by Diary of an Autodidact at 9:39 PM