For four of the five years since I started this blog, I have made a short post about the books I received as gifts for Christmas. In addition to being fun, it also serves as a teaser for the reviews to be written in the upcoming year. As usual, I try to link the reviews to these posts as I write them.


Here are the past editions:


Here are the ones I received this year:


This one is a gift from my wife, and a book I have wanted to read for a few years now. Alas, our local library didn’t see fit to purchase it. A few years back, the author came to speak to our local bar association, but I had a schedule conflict I couldn’t move, and missed it. Bummer. Anyway, Clara Foltz was the first woman admitted to the practice of law in California, and was one of the pioneers of the role of the public defender. I don’t know more than the outline of her life, so I am really looking forward to reading this one. 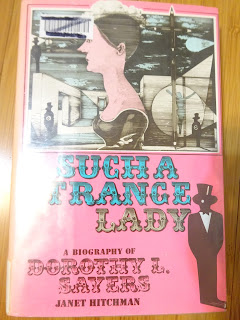 Speaking of feminists, my wife found me this book, which is a biography of Dorothy Sayers. I have loved Sayers since I first read a short story in high school, and continue to read and enjoy both her fiction and nonfiction. I have always loved strong women - particularly the witty ones - and Sayers fits the bill. I think everyone should read her essays on Feminism, collected as Are Women Human? which I reviewed here. You can also read my review of Have His Carcase, one of her murder mysteries. 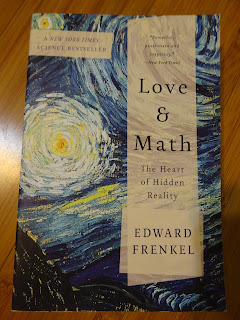 This was a gift from my sister-in-law and her husband, both of whom are math PhDs. This book explores how math is the language that the universe speaks, the underlying reality. While I am no mathematician, I was reasonably good at algebra and trigonometry and enjoy math. I just went a different direction after high school, and never went beyond the basics. I have read and reviewed a few different math related books.


British spies in America during World War II. That sounds interesting. This book is about the young Roald Dahl and his role in this intelligence ring. Say what? I was not expecting that, to say the least. I have a dark and dry sense of humor, so I have always enjoyed Dahl’s books for kids, but I had no idea he was a spook. Although that makes sense, come to think of it. For what it’s worth, Patrick O’Brian was also a spy turned author.  My wife found this book for me at a library sale. It appears to have been read through page 47, but not beyond. 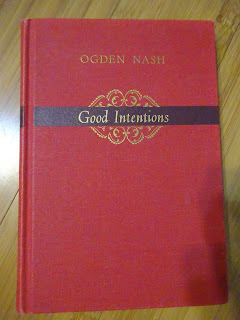 This is my fifth book of Ogden Nash poems, all in a matching set from Little, Brown, and Co. I am guessing they are first editions - I’m not sure there are subsequent ones, actually. I read and reviewed The Private Dining Room a few months back. Nash isn’t exactly grand high literature, but it is delightfully witty and silly in the best possible way. 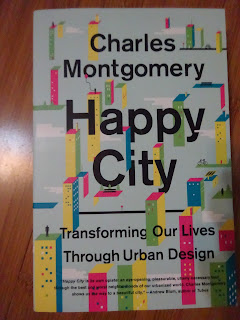 This book was a gift from my brother-in-law, who has made a yearly habit of giving me interesting books. (I still need to read the book from last year, on Jack Kerouac, because I realized I needed to at least read The Dharma Bums first, so I had an idea of the author’s works first.) Of the various topics my brother-in-law and I have talked about, one has been urban design. He currently lives in San Francisco, having lived previously in Reno and San Diego, and commuted via bicycle in all but the worst weather in each place. (We’ve also hiked together on numerous occasions, such as our Half Dome hike a few years ago.) 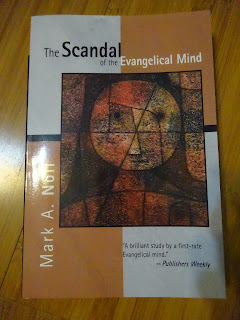 One of the most revolutionary books I have read in the last five years was Noll’s book, The Civil War As A Theological Crisis. Among other things, this book made clear just how disingenuous the Evangelical claim that they were the ones who ended slavery was. If anything, it was the opposite, with the theological forerunners of Evangelicalism (and their hermeneutical approach) being the most committed defenders of slavery. (And later, Evangelicals largely opposed the Civil Rights Movement - another fact largely covered up.) I was interested to read Noll’s take on what I consider to be a serious problem with modern day Evangelicalism, which is outright hostility toward intellectual and academic pursuits. Peter Enns has pointed out, the problem is that perceived theological needs dictate that dogma is to be defended rather than truth sought out. (I would add, in light of the last election, that political dogma is even more dear to many Evangelicals than theological dogma…) 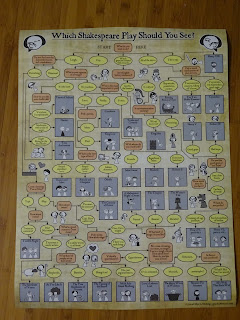 This one isn’t a book, but I decided to include it. My mother-in-law is an English major, currently making the world a better place by teaching Special Ed in a remote, underserved community. This year, she introduced me to the Good Tickle Brain blog, which had an amusing election series (featuring campaigns by Shakespeare and Marlowe). One of the coolest things this blog has done is create a flowchart for “Which Shakespeare Play Should You See?” I am now the proud owner of this poster, thanks to my mother-in-law.


From my friends Peter and Patty, who have hiked with me. These should go well with my National Parks and Monuments series. 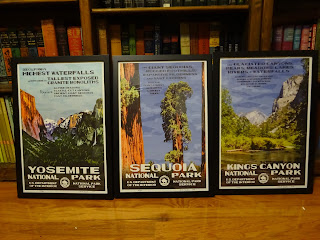 Anyway, here’s to 2017. May it be filled with books and theater and natural wonders.


Posted by Diary of an Autodidact at 6:58 PM