Source of Book: Borrowed from the Library, but I want to add it to my collection.
Date originally posted on Facebook: December 16, 2010

This particular book (borrowed from the library) also contains Jewett’s 3 novels and a set of short stories related to one of the novels. This review covers the 24 stories and sketches not related to the novels or each other.

Jewett, the daughter of a country doctor, lived from 1859 to 1909. She received enough from her family to be essentially independently wealthy, although she also received income from her writing. She lived an enviable life, in many ways; she knew and socialized with many of the literary and other cultural figures of her era. However, she was never particularly healthy, never married, and became a bit of an invalid for her last decade.

Jewett was from, and lived in, New England. Her writing focuses on that region and its colorful inhabitants. One of my initial impressions was that she shared with Robert Frost the fascination with nature. Indeed, her prose and his poetry have much the same “feel”, despite the obvious differences in form. Since Frost came later, perhaps her writing was an influence on him; perhaps there is something in the very soil of rural New England that lends its flavor to those who settle there. Another author with some similarity, oddly enough, is L. M. Montgomery, for a different reason: Jewett, in addition to her observant writing of nature, had an excellent eye for people as well. Many of these stories concern older women, and their personalities and relationships are brought to life with both humor and pathos, but with great fondness.

Several in this collection are rightly called sketches, as they are autobiographical in nature. In addition to the times she accompanied her father on his rounds, Jewett loved to walk or ride throughout the countryside by herself. She recreates both of these activities in her sketches. As an avid hiker myself, I was drawn in – perhaps I need to visit the Northeast someday with my favorite hiking stick.

The stories themselves are told about the ordinary inhabitants of small towns and villages. The characters are (relatively) rich or poor, young and old, judgmental and kind, but none boring. I was particularly struck by the sense of community. Even the most cold-hearted character felt some responsibility for others, and every character felt connected somehow to her neighbors – even the ones that were disliked on a personal level. Alas, it seems that to a city dweller like me, this community is hard to find just anywhere. We still experience it in some cases at work, church, and within the circle of those who share our interests; we rarely know more than a couple of the neighbors on our street.

I already mentioned that Jewett has sympathy for her characters. She also brings a sense of hope to them all. Circumstances do not determine happiness. No one is entirely beyond repair, although many suffer in one way or another. Poverty was a daily fact of life for those who outlived their ability to perform manual labor. Poverty then meant boarding with others or in the poorhouse, planning the cost of each and every meal, making clothes last for years, and no chance of getting from place to place without walking. In our current “poverty” of cable TV, cases of soda purchased with food stamps, and vehicles for nearly everyone, we forget what true poverty was, and indeed is in most of the world. Jewett paints these pictures memorably. The brightness in the gloom, however, are the people. The lady who takes the time to gently encourage and instruct her cousin’s young housemaid. The spinster who brightened the lives of all those around her. The father who took his young daughters on a special day trip into town. These people are real, unembellished, and completely believable. Jewett had a real eye and ear for both nature and human nature, and combined these with excellent writing.

A few of the stories particularly stood out: The White Heron (which I read in high school), about a young girl, an ornithologist, and the bird; Marsh Rosemary, a devastating story of loneliness; Miss Tempy’s Watchers, contrasting the late Miss Tempy and the two friends that “stand watch” after her passing; A Native of Winby, about a successful soldier and politician who makes a return to his home village; and An October Ride, the best (in my opinion) of the sketches.

Willa Cather (among others), spoke highly of Jewett’s writing, ranking her with Twain and Hawthorne. While her writing was neither as prolific nor as earthshaking as these two, I would agree that it has the same depth, but on a smaller, more intimate scale. This is humanity as humanity, not as metaphor. This is humor that makes for a knowing smile, not a broad guffaw. These are tales of small, once familiar places; not exotic lands. This miniaturism is a strength of these stories, serving to highlight human nature without the distraction. Jewett’s writing is a reminder that the everyday and the familiar can, in the right hands, be as fascinating as the wildest fiction. 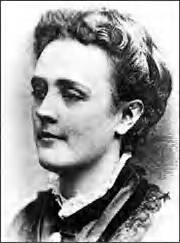 Posted by Diary of an Autodidact at 11:15 AM