Nevada is one of those states where everyone knows a city or two - and may well have been there - but the vast majority of the state remains unknown and unexplored. For Nevada, Las Vegas is the picture most of us have. Bright lights and golf courses in the middle of a searing desert, slot machines and half-naked chorus girls, Elvis and Liberace. Perhaps a vision of Reno, the scrawny little sister not quite as glam as the big sister. But these are just a very small slice of Nevada. Sure, the population mostly lives in these cities (¾ live in the metro Vegas area), but the great expanses of the state are usually not thought of at all.


This is a shame, as Nevada holds a lot of beauty and open spaces - and isn’t just hot desert either.


The name “Nevada” itself comes from the Spanish and means “snow-covered.” It isn’t really used in isolation, however: it is one half of “sierra nevada” - snow covered mountains. (The highest range in California is indeed the Sierra Nevada.) And the name makes sense. Nevada is the most mountainous state in the lower 48 by several measures. It has more named mountain ranges than any other, more peaks over 10,000 feet, and more than 30 over 11,000 feet.


Most of the state is in the “range and basin” part of the Great Basin Desert. This is a fascinating bit of geology. The Great Basin gets its name from the fact that within it, all rivers drain internally and never reach the ocean. The water all sinks into the ground or evaporates. The Great Basin extends beyond Nevada, of course. The most famous lake within it is the Great Salt Lake in Utah. The portion of California east of the Sierra Nevada - including Death Valley - is also mostly within the Great Basin.


“Range and Basin” is another matter. In the distant past, plate tectonics pushed up the Rocky Mountains. This compressive force raised much of the western North American plate to a fairly high altitude. Later, a shifting earth led to decompressive forces, and a large area spread apart. It didn’t just spread, however, it cracked into a series of blocks. Those blocks then tipped over. Imagine a stack of dominoes on its side in a box a bit too big for it. If they fall over, they will make a series of edges and valleys.


That’s basically what happened to make the Range and Basin formation. The result is pretty interesting to experience in person. Death Valley is the deepest of the valleys formed, but it is just one of dozens. The whole area consists of mountain ranges and valleys running north and south for hundreds of miles. Thus, if you want to go east to west (or vice versa), you go up and down and up and down over and over. But going north or south, you can settle into a fairly flat valley and drive perfectly straight for hours on end with beautiful mountains running on each side.


At the far eastern side of Nevada, about halfway up the state, there is a national park. Did you know that? Not too many do. Great Basin National Park is a fairly recent park - Congress elevated it to National Park status in 1986, during the Reagan administration. (You know, in those halcyon days when Republicans still believed in protecting wilderness rather than just despoiling it for profit…) Before that, it was known as the Lehman Caves National Monument - designated as such by president Warren Harding. (And that’s about the only good thing I have to say about Harding, who probably was the most corrupt president in American history. Although we may be about to set a new record.) The caves are indeed worth protecting, but there is more too.


Great Basin National Park contains Nevada’s highest mountain, Wheeler Peak, at 13,063 feet. Okay, so that is debatable. Boundary Peak is on the California-Nevada border, but it is considered a sub-peak of Montgomery Peak in California. Make of that what you will. Wheeler Peak is notable for being easy to summit - there is a trail all the way to the top, and you do not need rock climbing or mountaineering skills. I didn’t get a chance to hike it this visit, but I do wish to hike it next time. I have yet to summit anything over 13,000 feet, so this one is definitely on my list. 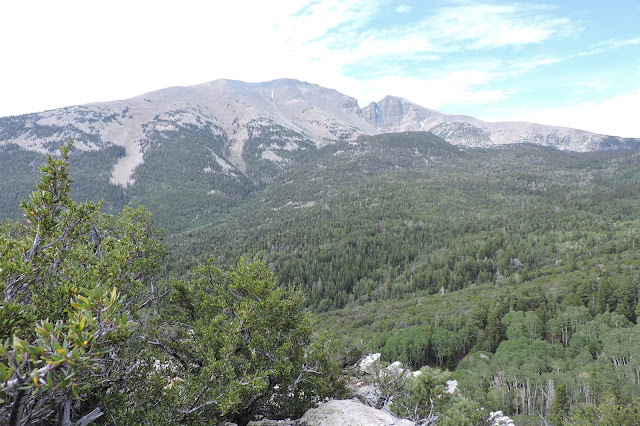 Wheeler Peak is the one to the right.


The peak itself is connected to one of the longer mountain ranges, but it stands far above the rest. From the east side (which is where the access is), it appears to rise out of nowhere in a flat valley. 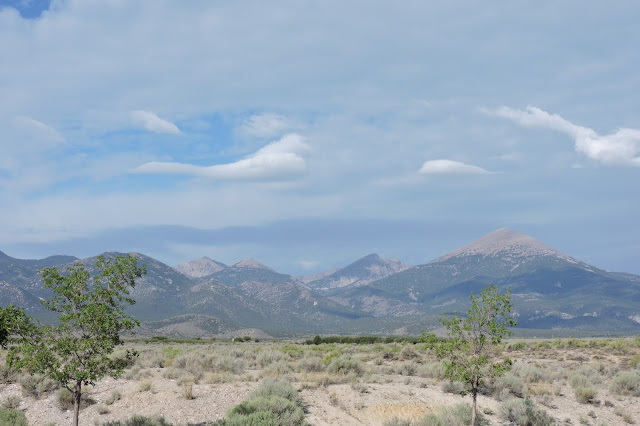 Looking west from Baker, NV. Wheeler Peak is in the center background.


On the upper flank of the mountain, at near the 11,000 foot line, is one of two ancient Bristlecone Pine forests. The other is in the White Mountains (also Range and Basin) in eastern California. (I have visited there - I may have to write about it eventually.) The Bristlecone Pine is the oldest living non-clonal organism. Some of the trees here are nearly 5,000 years old. Bristlecones are really amazing to see in person. Because of their slow growth in inhospitable environments, they twist into fantastic and surreal shapes as they grow old. Most of the tree may die, while just a sliver of bark covers one side - and this sliver will continue to grow for thousands of years in some cases. Great Basin NP is a good place to see these trees. However, I prefer the California location both because it is closer to me and because there is a much larger and accessible grove so you can see more trees up close. But by all means go see the ones at Great Basin. 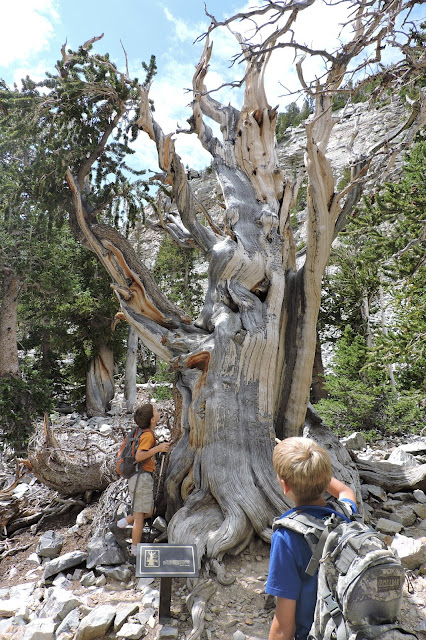 My boys with a Bristlecone about 3200 years old. The left side is still growing. 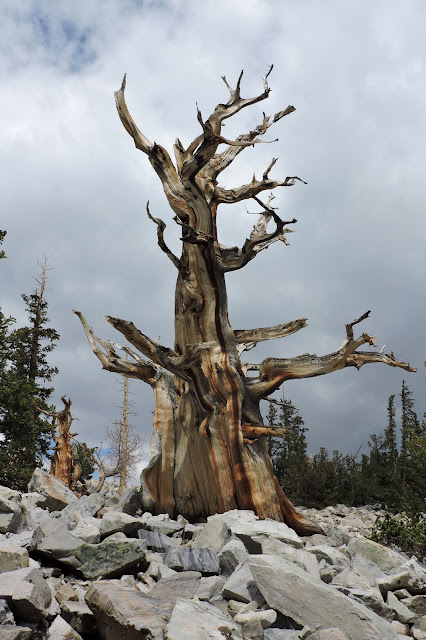 This is the iconic tree that graces many postcards. It is dead now, but it has stood like this for over a thousand years. These trees do not decay quickly, and some of the wood here is over ten thousand years old. This is one of my favorite shots of all the ones I got.
Other things to see include a small glacier - we hiked most of the way before impending thunderstorms threatened. The mountain makes its own weather, so summer storms are a common occurrence. The forest is also lovely, with lots of Engelmann Spruce, which we don’t see much in California. 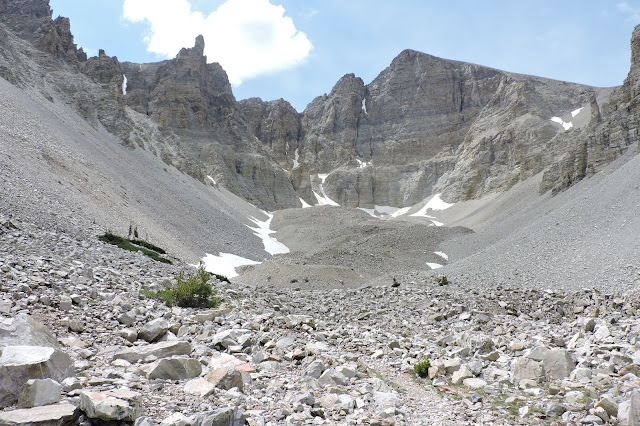 Small glacier at the head of the cirque. 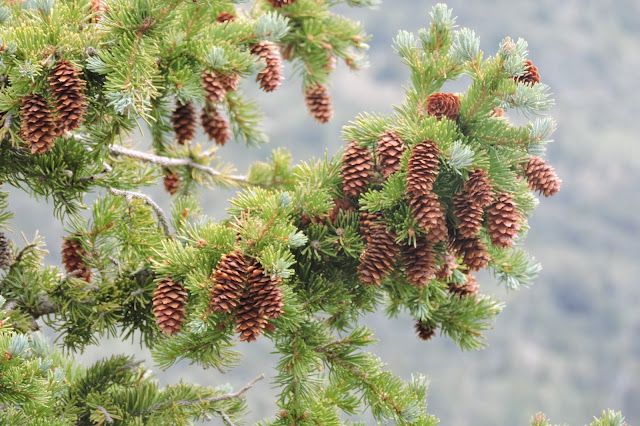 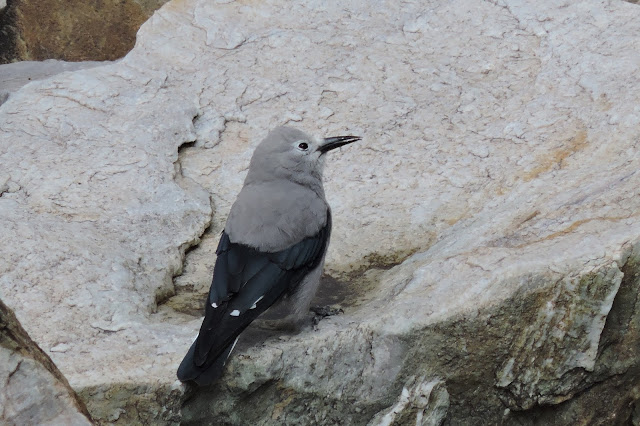 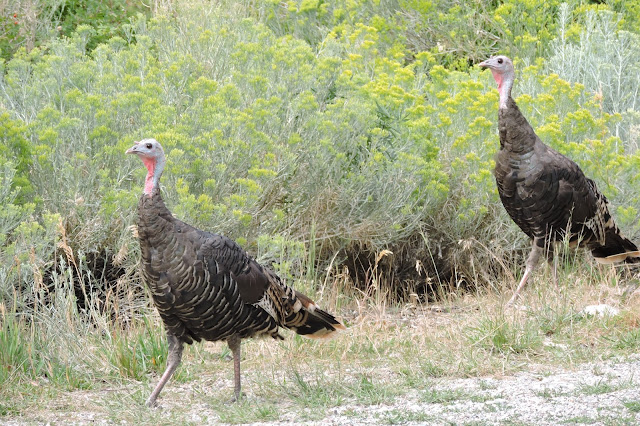 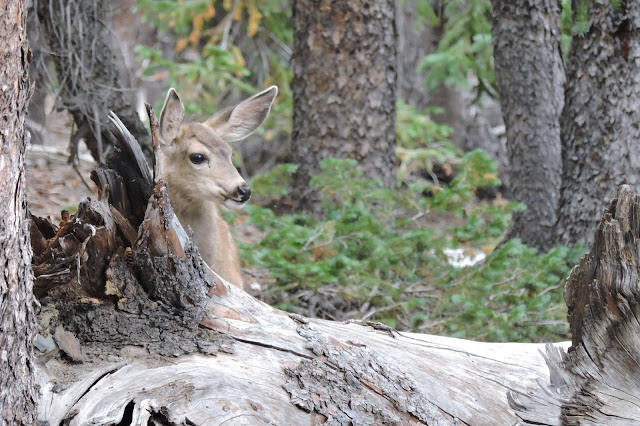 One of my favorite pictures. 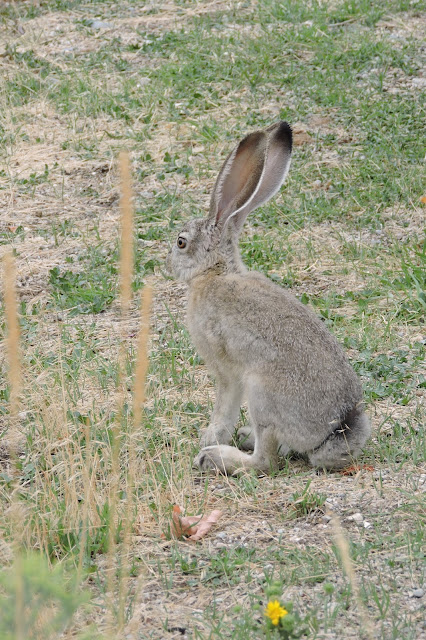 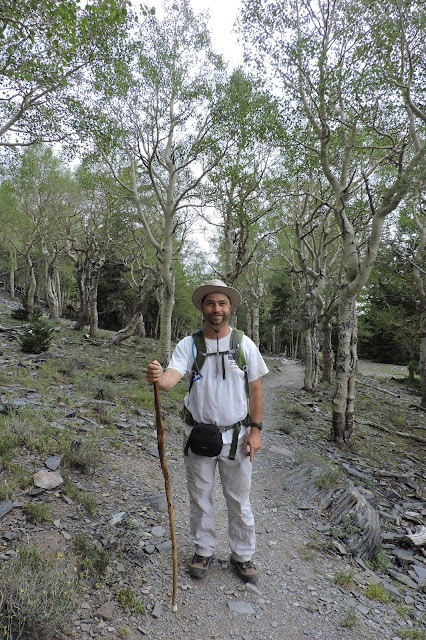 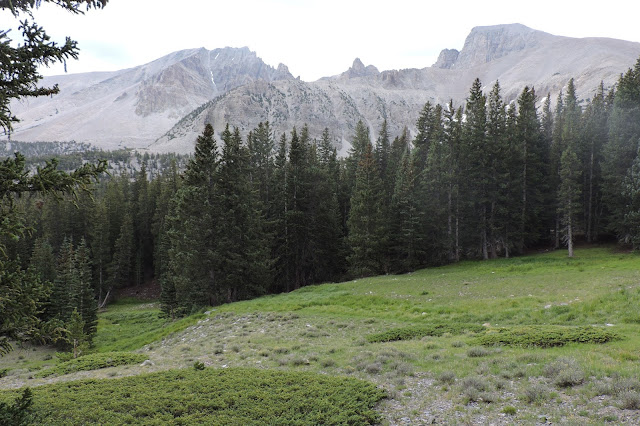 Meadow, forest, cirque, and Wheeler Peak on the right.

The best part of the park, however, is probably the cave. The Lehman Caves are located near the “base” of the mountain, at around 6,800 feet elevation. This statement should give an indication of how high the valleys are in Nevada. Anyway, the cave is pretty amazing. I love caves, and have been in quite a few, mostly in California, but also in Arizona, Tennessee, Texas, and Oregon. I think that of all the ones I have seen, Lehman is the best. It is pretty large, but the passages are narrow enough that most of the formations are close enough to see very well. And the formations! It’s not just that they are nice, but that there is such a wide variety. Pretty much anything you see in a cave is there, including rarer formations like “cave shields.” (Google the term, and Lehman Caves will come up…) I have been in caves with more of each formation. For most formations, I can think of specific examples in other caves that are fantastic. But I can’t really think of any other cave with all of them in the same place. 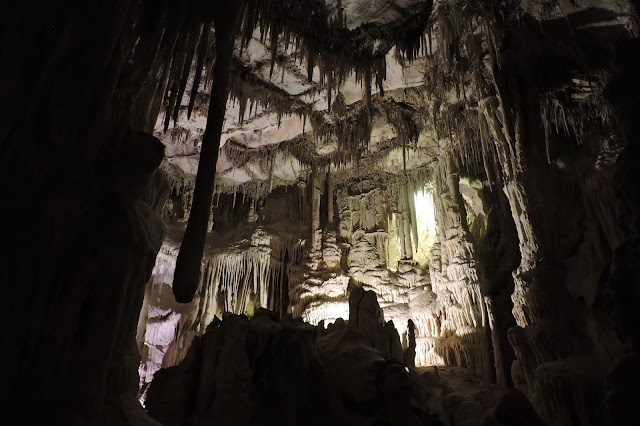 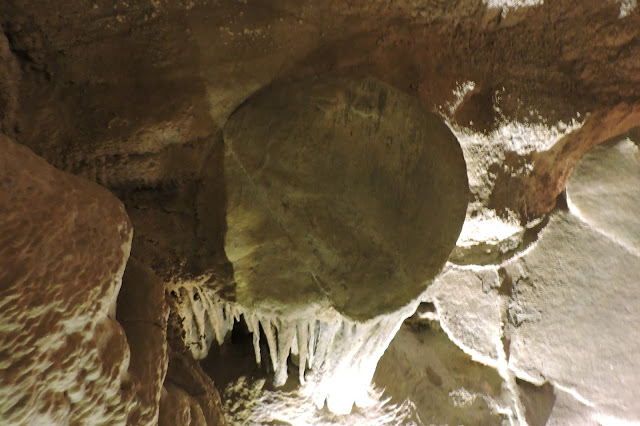 Cave Shield
Unfortunately, because we saw this park on our way to see the solar eclipse, we only had one day to explore it. I hiked about six miles in addition to the cave, but it would have been nice to have had time to explore more - and maybe even hike to the peak. The campgrounds seem rather nice, but you can’t reserve them, so it might be risky to drive up and hope. We reserved a site at a local RV park, which was okay as a base camp, but not spectacular as a campsite. When we return, I will probably camp some place on the way up, like Cathedral Gorge State Park, then get up early and try to grab a site on a weekday morning.


Also important for planning purposes: the nearest (and pretty much only) town is Baker, Nevada, which is extremely small. Count on bringing your food, as options are limited.

Posted by Diary of an Autodidact at 2:45 PM