The Irregulars by Jennet Conant

Did you know that before he was a beloved children’s author known for subversive and quirky books that independent-spirited kids have loved for decades, Roald Dahl was a British spy? And not only was he a spook, but he spied on the United States on behalf of Britain?

But it is true. Dahl was injured in an airplane crash while part of the RAF early in World War II, and was assigned to the British Embassy in Washington D.C. as part of a public relations campaign in support of the Lend Lease program. While he was touring and telling his stories (and writing the famous Disney wartime propaganda book, The Gremlins), he was recruited by the British Security Coordination (BSC), a thinly disguised spy agency headed by Canadian William Stephenson.

Dahl ran with the social set in DC, and spent time with the Roosevelts and other politicians, newspaperman Charles Edward Marsh (who astonishingly does not even have a Wikipedia page, despite his influence which rivaled William Randolph Hearst), actors, and a plethora of socialites in and around Washington. His job was two-fold. First, he was to keep his ears open for interesting information - and there is evidence he passed along plenty of that. His second was to engage in counter-espionage - particularly by countering the narrative of the “American First” elements and other Nazi-sympathetic groups. It was interesting to read of the BSC from the other side: I had already read Winston Churchill’s World War II series, and he mentioned the work done through official and unofficial channels, but this gave a better “on the ground” view.

Reconstructing this story was not terribly easy, as good spies don’t leave behind incriminating evidence, and their own stories of what they did are not, shall we say, likely to be the most reliable. However, Ms. Conant pulls from a variety of sources to reconstruct a good deal of what happened from what Dahl was allowed to write down and what others in the business had to say afterward.

Dahl was hardly the only literary figure. Noel Coward worked in the same agency. Ian Fleming (of James Bond fame) worked fairly closely with Dahl. There were a number of other names that I recognized, both British and American. The line between friend and foe was a bit fine, particularly because Roosevelt was generally on the side of the British interests, and encouraged the BSC. Likewise, the official diplomats tended to hate the spooks, and tried to undermine them. It is rather fascinating stuff.

The other characters in this book are interesting as well, from author-turned-congresswoman Clare Boothe Luce to actor Gregory Powers. Ms. Conant takes time to explore the lives of many of the close associates of Dahl, and how they fit into the political and social structure of the time. 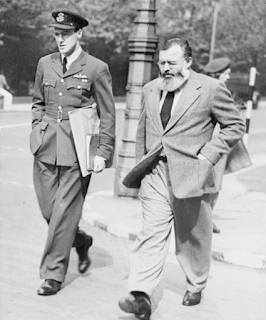 Also of particular interest to me, with my love for aviation and knowledge of the history of the airlines was the negotiations between the British and the Americans over the future of commercial aviation. Long before the war ended, the two bickered over the use of airfields built by each party around the world, whether commercial aviation should be a monopoly or a free for all. Complicating this was the fact that Pan Am was politically powerful, and the Brits were probably right that the negotiations were largely dictated by corporate lobbyists.

A few observations from this book: if anything, politics is even dirtier than spy work. Good lord, the skulduggery. I felt like taking a bath after reading some of this stuff. Also, anyone who tells you sexual mores are worse now hasn’t really read much history. Our current president would have fit right in with the 1940s culture, where rich men could marry and discard women at will, harassment was accepted as a matter of course, and nobody blinked at the history of abortions beautiful women had to hid their affairs. Pretty sordid stuff, and a reminder that in matters of morals, the only question that really mattered (and to a large degree still matters) is how much money and power you have. A star really could get away with just about anything.

There are also some outstanding quotes in this book, that are worth it even if they weren’t part of a larger narrative.

Lord Mountbatten’s distant nephew, Ivar Bryce, was a friend of Dahl’s, and not the most reputable one either. Bryce was born into wealth, and never really had to grow up. Mountbatten once said of him:

“It’s terrible, the advantages he’s had to overcome.”

David Ogilvy was another young spook who figures prominently in this story. He spent time working with George Gallup, who was essentially inventing the art of polling at the time, and later observed about research:

“There is no great trick to doing research. The problem is to get people to use it - particularly when the research reveals that you have been making mistakes. Most people have a tendency to use research as a drunkard uses a lamppost - for support, not for illumination.”

Isn’t THAT the truth.

Finally, there is one rather chilling and prescient passage. Stephenson believed that Americans were easily duped, and that therefore, he had to do his best to dupe them better than the opposition. To this effect, he employed some pretty ludicrous propaganda, including astrologers to predict Hitler’s fall. As he said about it later:

“It is unlikely that any propagandist would seriously attempt to influence politically the people of England, say, or France through the medium of astrological predictions. Yet in the United States this was done with effective if limited results.”

This is a lesson that was apparently not lost on certain foreign powers in the runup to our last election. I found I had seriously overestimated the ability of my countrymen to identify obvious falsehoods and fake news, but so many preferred to believe propaganda that supported their political preferences.

This is a fascinating look at a complex man, interesting times, and a lesser-known facet of a famous conflict.

Posted by Diary of an Autodidact at 1:30 PM