When Oliver Sacks died a couple of years back, after a long and distinguished career as a neurologist, teacher, and writer, I realized that I had somehow missed ever reading his books, although I had run across his name from time to time as a source. Of his numerous books on the human brain and nervous system, I picked Musicophilia because, well, it had a music connection. 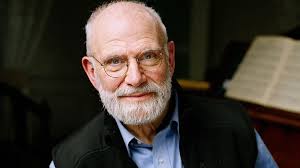 In addition to his actual career, Sacks was a classically trained pianist of some skill. Not world class, but good enough to enjoy himself and learn the repertoire. His love for classical music comes out in this book. He may mention pop songs as they related to particular patients or case studies, but his references to classical works are detailed and knowledgeable. One might say he was a kindred spirit to those of us who love the great masters.

Musicophilia is written around a central theme: music and the brain. However, it is not intended to be a treatise, but a series of stories. You can tell Sacks has a personal connection with his patients, and even with those cases he reads about. He is thoroughly compassionate and genuinely cares about the details of their lives.

The book is divided into four sections. The first is entitled “Haunted by Music,” and tells of some genuinely spooky cases. The man who was struck by lightning and then developed a sudden passion for music - in middle age no less. The musical triggers for seizures - and the bizarre auras with musical components. Earworms. And musical hallucinations. These are all pretty fascinating. I found particularly amusing the woman who suffered from musical hallucinations, and mostly enjoyed them, but feared that she would develop more than one simultaneous tune. As she was an Ives fan, this was not a specious fear…

The second part, entitled “A Range of Musicality,” explores the topic of musicality. As a semi-professional musician, this was of somewhat personal interest. While I don’t think I have true perfect pitch, I have pretty solid pitch within the range of the violin, my main instrument. (Not as good in the bass range.) It is interesting the interplay between natural talent and acquired skill in this area. Indeed, I think one of the most fascinating ideas in this book is that, with very few exceptions, all of us have some musical deficiency, whether it is in coordination, pitch, memory, musicality, or some mental or physical component of music making. Those with few deficits - and proper training - become the great players and composers. Mozart probably was such a prodigy. Sacks contrasts Beethoven and Tchaikovsky for their very different musical gifts, which is an apt comparison. I myself am all too aware of my weaknesses as a musician - and Sacks is right that some of these are just the cards I was dealt. Obviously, we practice and work toward improvement, but it isn’t just effort that determines the highest level of musicality.

And then there are those who have more grave deficits, such as tone deafness. I have known people like this - and in some cases, the lack of skill was definitely not for lack of trying. Sacks, who is Jewish, though Agnostic, mentions a particularly excruciating experience he had with an acutely horrible cantor. When he mentioned this to the rabbi, the rabbi responded that the man was very pious and tried very hard. Sacks responded: “I said I had no doubt of this, but that one could not have a tone-deaf cantor; this was, to anyone musical, akin to having a clumsy surgeon.” I could not agree more!

I found this whole section to be delightful. Sacks gets it, because he is a musician. He too finds music to be magical, but knows that the performance of music conceals a lot of blood, sweat, and tears behind that magic.

I should also mention the chapter on Synesthesia. I have a couple of friends who have this particular, well, I’m not sure what to call it. It isn’t a deficit or a disease - rather, it is more of a hyperconnection of the senses, so that words, letters, and music have colors, tastes, smells, and whatever. It is different for each, of course, but the connection between seemingly unconnected things is fascinating. Almost like (or at least I have been told…) the effect of hallucinogens on the brain. I myself believe I have a mild form of it, as I do experience it occasionally. This book clarified that that I really do associate keys with colors and emotions. I remember the first time I realized this - the pianist at the church we were attending played the same piece in C major, then, after some other stuff to clear the brain, in B major. Holy cow, what a difference! And on a tempered piano, it wasn’t the intervals, but the key itself. This is more common in those of us with at least semi-perfect pitch - which she had as well. I never forgot that epiphany, and ever since have felt keenly the “color” of every key. (I’m not alone: Berlioz mentions it in his treatise on orchestration - and most composers have wielded keys to great effect.) Three of my favorite examples: Vivaldi’s Spring is in E Major. I have played a dumbed down arrangement in D Major. It seems so flat in that key. The sparkle is in the sharps - you can almost see the rich green of new growth. Then, there is my favorite Mozart piano concerto, the Bb, composed near the end of his life. The tune itself would be merely pretty in C, optimistic in D, romantic in E. But in Bb, good lord, it turns into the most poignant and melancholy melody - so delicious. And finally, the third movement of Sibelius’ 2nd Symphony, one of my favorites. After the skittering first section of the scherzo, the slow trio, meant to represent the soul of the oppressed Finnish people is played on oboe. In Gb Major. Dang. It would not be the same in any other key. But those flats. I’m thinking maybe crimson, faded crimson. Well, enough about that. See the clips at the end if you want to hear these.

The third section is entitled “Memory, Movement, and Music,” and delves into the brain itself, particularly into how music triggers many different areas of the brain, and thus can get around various deficits. Mentioned in this section is the way that dance can often bypass the ravages of Parkinsons, and how Tourettes can be alleviated using the right type of music. (Which varies by patient.) How aphasia can give an exemption to singing. And, for those of us familiar with the tragedy of Schumann’s hand, the many instances of Musician’s Dystonia. (Heaven preserve me from that one…)

The final section is “Emotion, Identity, and Music.” This section is pretty broad, ranging from Williams Syndrome and Dementia to musical dreams and depression. The emotional impact of music is very real to me. While I am not particularly prone to depression, I have had my moments of struggle. And music has been there for me. Overpowering emotion can really only be expressed or understood in those words that cannot be uttered. Sacks talks of his own experiences here, both physical (he had a serious injury to his leg) and emotional (several periods of deep depression), and how music affected him in those times. Sacks shows a lot of vulnerability telling of his struggles.

The section on dreams was interesting. It was not at all surprising that musicians tend to dream of music. And so have I. Particularly apropos was the fact that during stress, musicians dream of music gone wrong. I am not prone to the “speech in underwear” sort of dream - I dream of playing in rests, or totally botching an exposed section. Noooooo!

I really enjoyed this book, and intend to put several other books by Sacks on my list. He is a good writer, tells his stories well, and shows such a compassionate and human approach to the experiences of his patients - and that makes his writing compelling.

Ah, the music. I needed an excuse for these.

First, the Vivaldi. This clip cannot be embedded, so click the link. I have long been partial to Perlman’s version of this - he doesn’t take it too fast. I had the chance to play this with the Bakersfield College orchestra back in the day - I did the first two movements, while my brother did the third.

Next up: Mozart. I had the chance to hear this live at the Getty Villa as a teen. My then violin teacher played with the LA Baroque Orchestra, and he smuggled me in. It was on period instruments, including a clavier. I have never forgotten that night.

Finally, Sibelius. I am citing the 3rd movement for the key, but you really should listen to the whole thing for the complete picture. Sibelius builds the entire symphony off of three ascending notes in the scale, finally resolving it at the very end by adding the fourth note. The second movement, which Sibelius hinted was inspired by Faust in his study, gives me such shivers. And that ending. Total genius. The endless ostinato in scales and that final resolution to the fourth note. I should mention that Leonard Bernstein, in his fabulous series of Young People’s Concerts, devotes an entire concert to Sibelius, and features this symphony. It is pricy, but the whole set is phenomenal, if you get a chance to buy it. Anyway, here is Lenny with the last two movements.

Posted by Diary of an Autodidact at 10:46 PM