War and Peace by Leo Tolstoy


I am not sure exactly how to count this book. I didn’t realize that the version we have is, technically speaking, abridged. I failed to realize this until I was quite a way into it, and decided to finish it up. Upon further research, it appears that the translator/abridger, Alexandra Kropotkin, took out the extended statement of Tolstoy’s philosophy on war and history at the end and the essays in the middle. In any event, this version is still 700 pages long, so the bulk of the text has to be in there. I am guessing that this redaction is more like The Count of Monte Cristo, (which does not appear to be readily available in English without some abridgement), namely the removal of commentary on French politics of the time. So, at minimum, I know the story in War and Peace. Should I find that someone wishes to discuss Tolstoy’s views on war, history, or gender relations, I can probably fake my way through based on the other stuff I have read of his. It would be interesting to go back and read an unabridged sometime, at least the omitted parts.


So, anyway, I at least can say that I have read the same version my wife read - she brought the book to our marriage. She read it as a teen, while I waited until age 40, but whatever. I get bragging rights for having read three Dostoevsky novels while she hasn’t experienced him yet.


I have read a decent amount of Tolstoy, however. The combination of Family Happiness and The Kreutzer Sonata made my list of most influential books. I also reviewed Tolstoy’s other major work on war, the brutal Sevastapol Sketches.


I have always found Tolstoy to be easier to follow than Dostoevsky, primarily because it is easier to keep the characters and relationships straight. Tolstoy seems to limit himself to two names and a nickname for each character, whereas - at least in The Brother Karamazov, it seemed as if each character had a different name given by each other character. I literally wrote names down on a pad of paper so I could keep them straight. 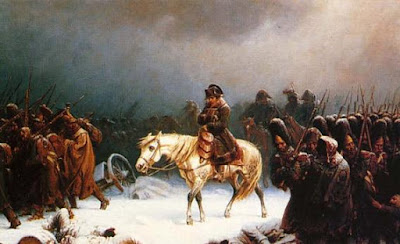 For those who do not know, War and Peace is set in the years 1805 through 1820, during the wars between Napoleon and Russia. More accurately, one could say that the story takes place primarily in the years up to and including 1812, with the other years covered in what is essentially an epilogue, explaining what happened to the surviving characters.


In addition to chronicling the major engagements of the war, the novel follows several aristocratic families through the years. The children grow up and marry, the older generation dies, families experience financial ruin or windfall, and relationships are formed and torn.


I considered trying to summarize the plot, but decided against it. There are a lot of threads, all of them are important in some way, either historically or more often psychologically. Instead, I will comment a bit on the characters.


For some reason, I had heard several times over the years about what a great character Natasha Rostov was. I was rather disappointed. I found her to be one of the more annoying, least realistic, and insipid characters in the book. Her attraction seems to be that she is beautiful, and that she is “vivacious.” Now, certainly nothing wrong with either of those, if that is your thing. But it isn’t mine. Vivaciousness in this case seems to be extroversion mixed with youthful vigor, which is easy enough to find. What Natasha seems to lack is something deeper. She isn’t witty, she isn’t reflective, and she doesn’t grow in the sense that other characters do. Rather, she goes from a young and flighty girl to a controlling and frigid matron and mother. That this reflects Tolstoy’s rather toxic view of womanhood is obvious, but it is also disappointing because Tolstoy can write interesting female characters. In particular, Masha from Family Happiness is complex and convincing - Tolstoy writes from her perspective. Even within War and Peace itself, I thought that Princess Maria was a better character. She wrestles with her love for her father, who has given her an education but also a good bit of abuse. She ends up marrying Nikolai Rostov, who is driven as much by the need for her money to rescue the family fortune as he is by affection for her. (Not that Nikolai is a gold digger - he resists marrying for money until he realizes that Maria is genuinely in love with him.) Maria is the one who must be strong and weather all the craziness that overtakes her family: Her father’s increasing eccentricity and rage and his flirtation with a French woman a third his age, her brother Andrei’s estrangement from his innocent and pregnant wife, her death in childbirth followed by Andrei’s departure to fight Napoleon, Andrei’s catastrophically broken engagement to Natasha, Andrei’s eventual lingering death, and her eventual responsibility for everything as the last surviving adult member of her family. I would have loved it if Tolstoy had spent more time on her and a bit less on Natasha’s emotional attachments to unworthy males.


Prince Andrei is also a great character. If the above paragraph made him sound bad, it is an incomplete picture. He learns and grows as a result of his wife’s death, and admittedly is caught in a difficult position, between a controlling father, his disillusionment with a war that he must nonetheless fight in, and a fiancee who can’t remain faithful.


Like Prince Andrei, Pierre Bezukhof must wrestle with himself and his circumstances. Pierre is the illegitimate son of a fabulously wealthy - and philandering - nobleman. He is socially awkward (almost autistic, it sometimes seems) who has to find himself after inheriting his father’s fortune and becoming the city’s most eligible bachelor. Pierre is often a stand-in for Tolstoy himself, and his thoughts and opinions are probably closest to Tolstoy’s, particularly his epiphany of the meaning of life by observing a decent peasant man. Pierre is interesting precisely because he is so mistake prone. He seems to botch everything, from start to finish, except for a few acts of genuine kindness on his part which do not manage to go completely awry.


One of the key moments in the book is when Pierre, naive as all get out, is essentially roped into marrying Helene, who, it is strongly implied, sleeps around. (In fact, she continues to go behind his back, eventually dying of an overdose of abortifacient after she gets pregnant by another man.)


My least favorite thing about reading Tolstoy is that he is such a misogynist pig, and it comes out throughout this book. Tolstoy had a disastrous marriage, which, between his difficult personality and his later belief that sex was evil, let to a frustrated, trapped, disrespected, and deeply unhappy wife. There is a line somewhere near the end of the book to the effect that women should be interested in what their husbands say. Not, mind you, so that they can improve their own minds or become interesting conversationalists. (He really says this.) No, they should be interested and listen so that they can make their husbands’ lives and homes more pleasant. Gag. It is this same attitude that makes him speak admiringly of the way that Natasha learns to gently steer her husband without his knowing it, all the while giving up any desire for society outside the family, devoting herself completely and only to her children and husband. And the man wondered why he had a lousy marriage?


On the other hand, Tolstoy writes exceedingly well about war and strategy. He’s not the tactician that Winston Churchill was, but he shows a keen eye for detail and doesn’t have Churchill’s rosy glasses. Heroism is mostly a myth to Tolstoy, while blood and dirt and senseless death are very real. This isn’t to say Tolstoy is completely anti-war, because he certainly acknowledges that Russia had to defend herself against Napoleon. (Although I think he has a good point that the invasion was a terrible and unnecessary conflict that could have been avoided had either side not been so stupid.)


Reading War and Peace was one of my goals for this year. I’m glad I did, although I wish I had gone with an unabridged translation.


Any review of War and Peace would be incomplete without mentioning the other great Russian work inspired by the French invasion. Tchaikovsky commemorated the event in his 1812 Overture, one of the most popular orchestral works of all time.


When I first joined the Bakersfield Symphony Orchestra 21 years ago, we used to play this in an outdoor pops concert every August. Although we didn’t use cannon (hard to get permits in the city…), we did use fireworks at the climax and at the end. Eventually, funding for the concert dried up, and we stopped doing it. We revived it once for a single year, and that year we included a high school choir for the chorale Save, O Lord, Thy People. This is the tune that opens the work, played by the violas and cellos. (I really wish I could play the viola part sometime. I love the richness of the tune.)


Here is the chorale in its original form, more or less.


O Lord, save Thy people,
and bless Thine inheritance!
Grant victory to the Orthodox Christians
over their adversaries,
and by virtue of Thy cross,
preserve Thy habitation.


Other tunes include God Save The Tsar and the Marseillaise. The latter is an anachronism, because Napoleon banned the tune during his reign - it was associated with the monarchy. However, Napoleon’s actual anthem is obscure, while the Marseillaise is and was well known when Tchaikovsky wrote the overture.


I really must mention my favorite tune from the piece, though, which is the folk tune At the gate, at my gate, which is played softly by the flute and English horn.

Here is the full overture. Enjoy.

Posted by Diary of an Autodidact at 9:28 PM