This is an installment in my ongoing series on the National Park system.

California has nine national parks - more than any other state. Oddly, despite living in California for nearly my entire life, I didn’t visit any of them until I was an adult.

In fact, my first national park was the Grand Canyon, followed by Zion, and later, Yellowstone. (Technically, I visited Pinnacles before Yellowstone, but it wasn’t yet a park.) How could this be? I’m not really sure. Perhaps it was because none of them were close enough to Los Angeles for a day trip. Perhaps it was because we fell in love with Zion, and thus spent much of our time there.

In any case, I decided I was going to explore California with my kids. I started taking the oldest ones when they were ages 3 and 4, and then added kids as they got old enough to enjoy adventures. We started off with Sequoia, Kings Canyon, and Yosemite, as these were all close enough for a day trip. Starting in 2013, my youngest was old enough to camp comfortably, so we have set out to visit as many of the national parks in the western United States as we can before they grow up.

For me, Joshua Tree was the last California park that I had not visited. (The kids still haven’t been to Channel Islands - but we may try to do that soon.) We visited Death Valley last year as our winter camping trip, so Joshua Tree was a logical sequel.

If you have never visited the Mojave Desert, you might only know the Joshua Tree from U2’s album. (And you might miss that the cover photo was actually taken at Zabriskie Point - in Death Valley.) The iconic photo of the tree was actually taken about 200 miles north of the national park. The Mojave Desert is pretty big - larger than 19 of the 50 states - including Pennsylvania.

The Joshua Tree itself is a member of the Yucca family, which has 49 species scattered throughout the arid portions of North America, Central America, and the Caribbean. Here in California, we have nearly a dozen different species represented, of which three are common in Joshua Tree National Park.

I have heard two stories about how the plant got its name. It is generally believed that it was the Mormon pioneers who named the tree. In one version, which has become the official story of the National Park Service, the Mormons thought it resembled the biblical Joshua, pointing the way into the promised land. In the other, they thought it looked like Joshua holding his arms up to stop the sun in its track while the Israelites fought a key battle. Either way, the tree is forever connected with the quest for a Mormon homeland, and the grand vision of paradise in the desert.

Joshua Tree National Park actually sits straddling two deserts: the southern edge of the Mojave, and northern and western part of the lower, hotter, Colorado Desert. (The Colorado Desert is actually part of the greater Sonoran Desert, and does not come close to Colorado, the state.) The Joshua Trees are all found in the Mojave section of the park, and the landscape changes dramatically as the elevation declines.

In addition to the two different environments, each with its own flora and fauna, the park has a number of old mines and mining mills, marvelous piles of rocks for kids to scramble on (and for adults to climb using equipment), and marvelously dark night skies.

My heart loves the mountains best of all, but I am learning to appreciate the desert. It is much more alive than one would think, particularly during the winter and around sunset. From giant jackrabbits to quail to beetles to falcons, there is plenty to see if one has a good eye.

As always, I cannot stress enough the need to get out and hike. Even the most accessible national parks are completely different once you leave the road. Even a couple of miles from the trailhead, you can find solitude - or at least just a few fellow hikers. We put on 14 miles over three days, and it was well worth it. There are some longer hikes we want to do once my littlest stretches her distance a bit more.

The kids are eager to go visit again, and explore some of the areas we missed the first time. 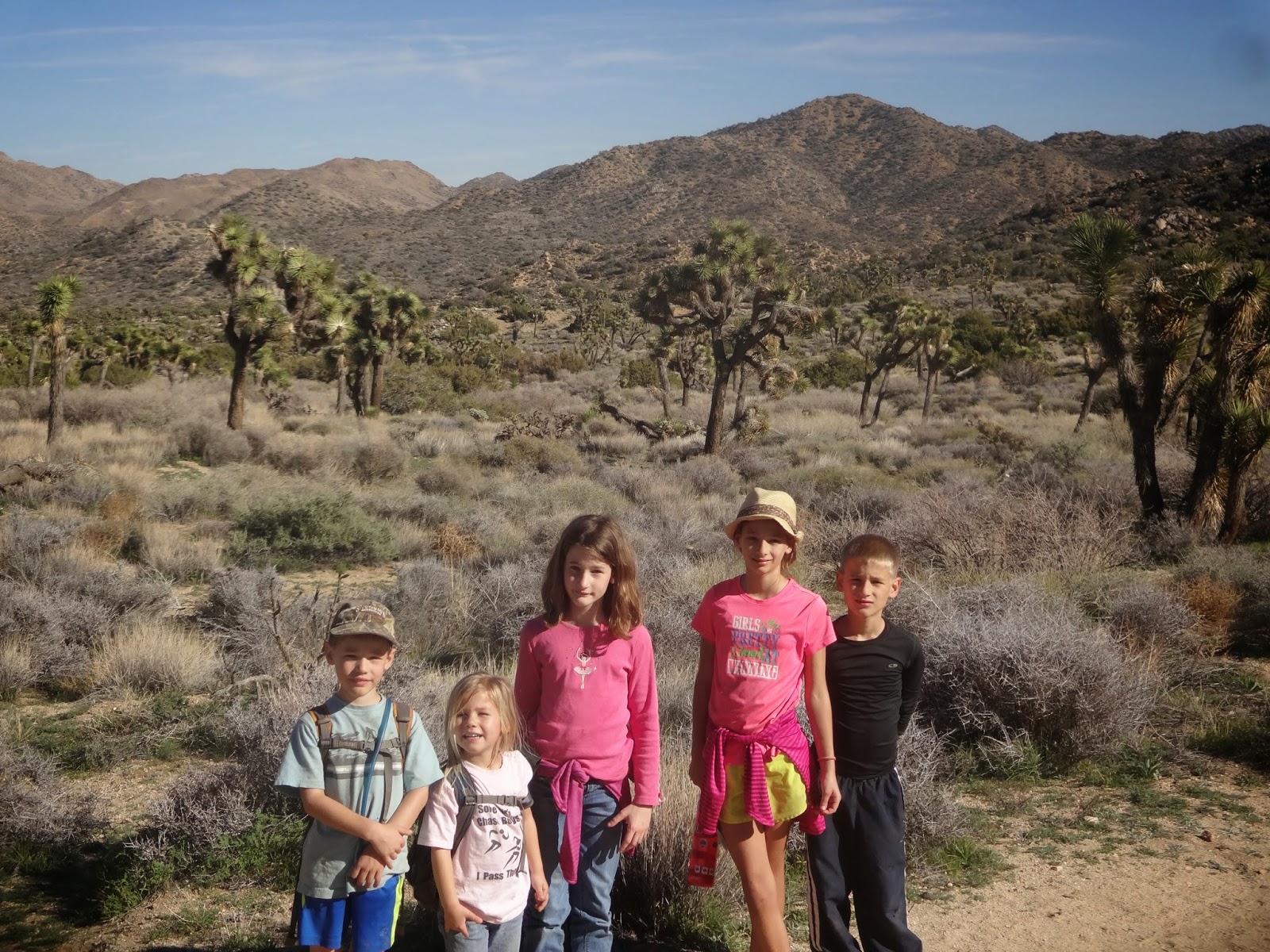 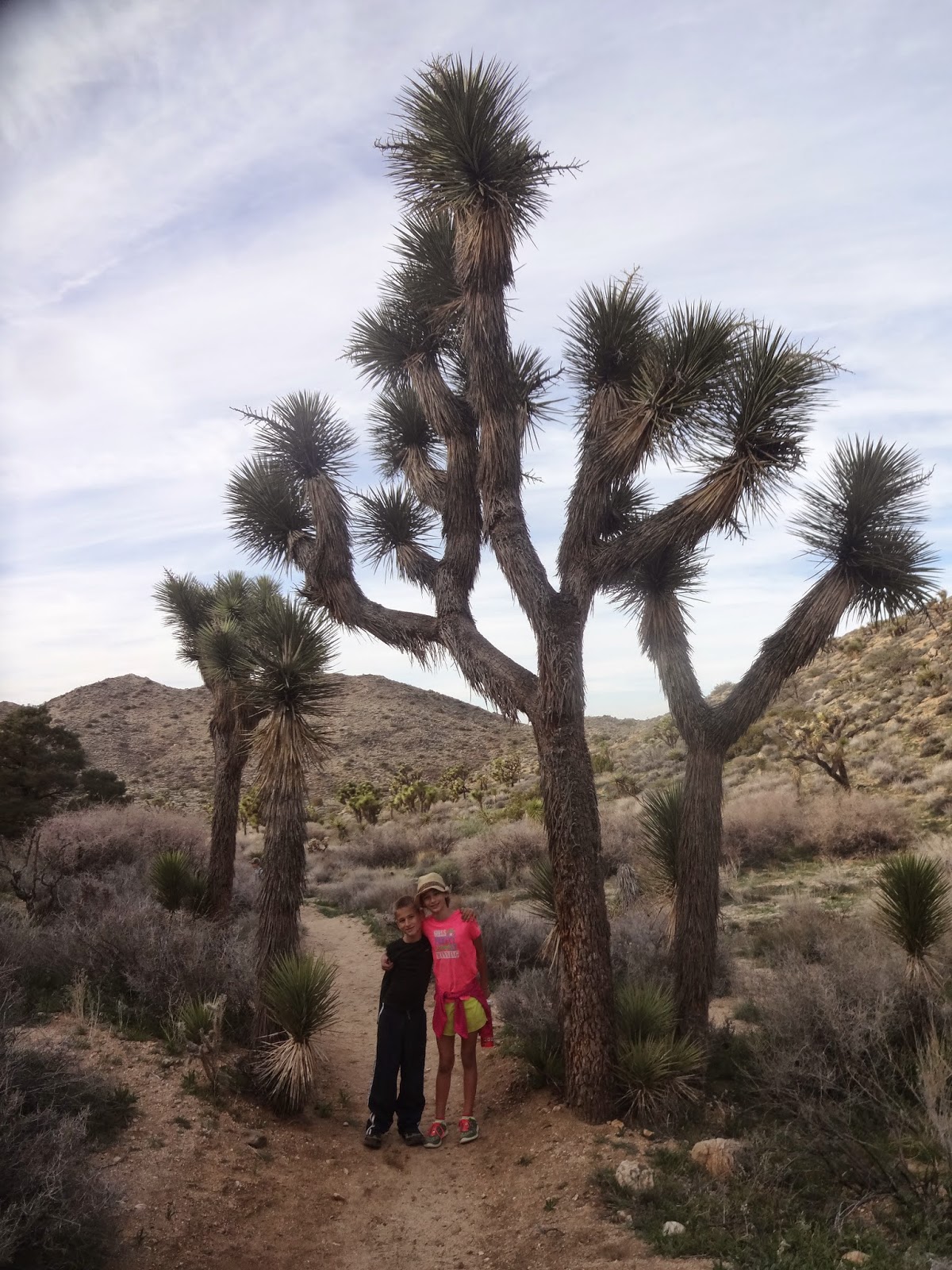 Ted and Ella demonstrate the relative size of these trees. 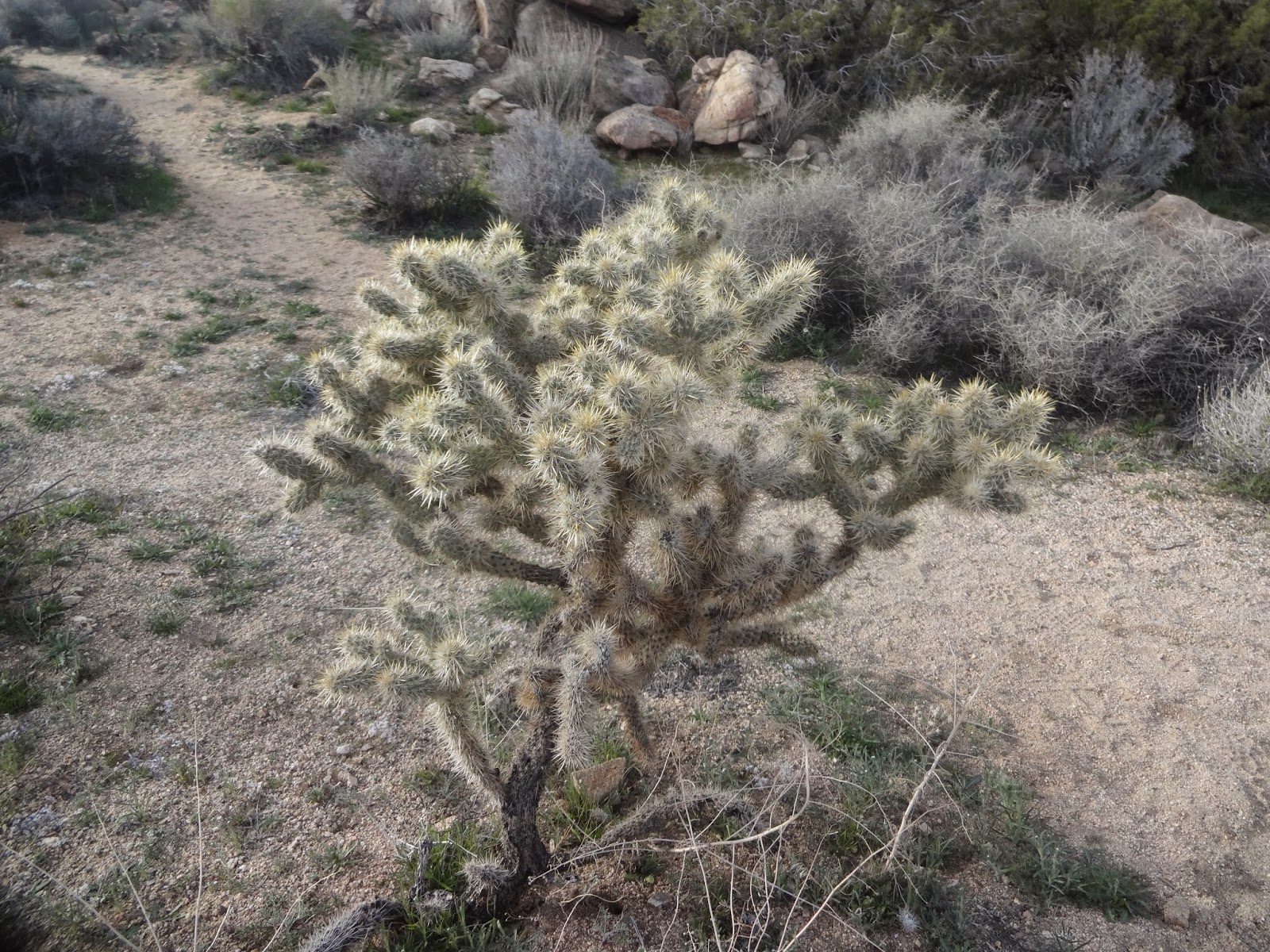 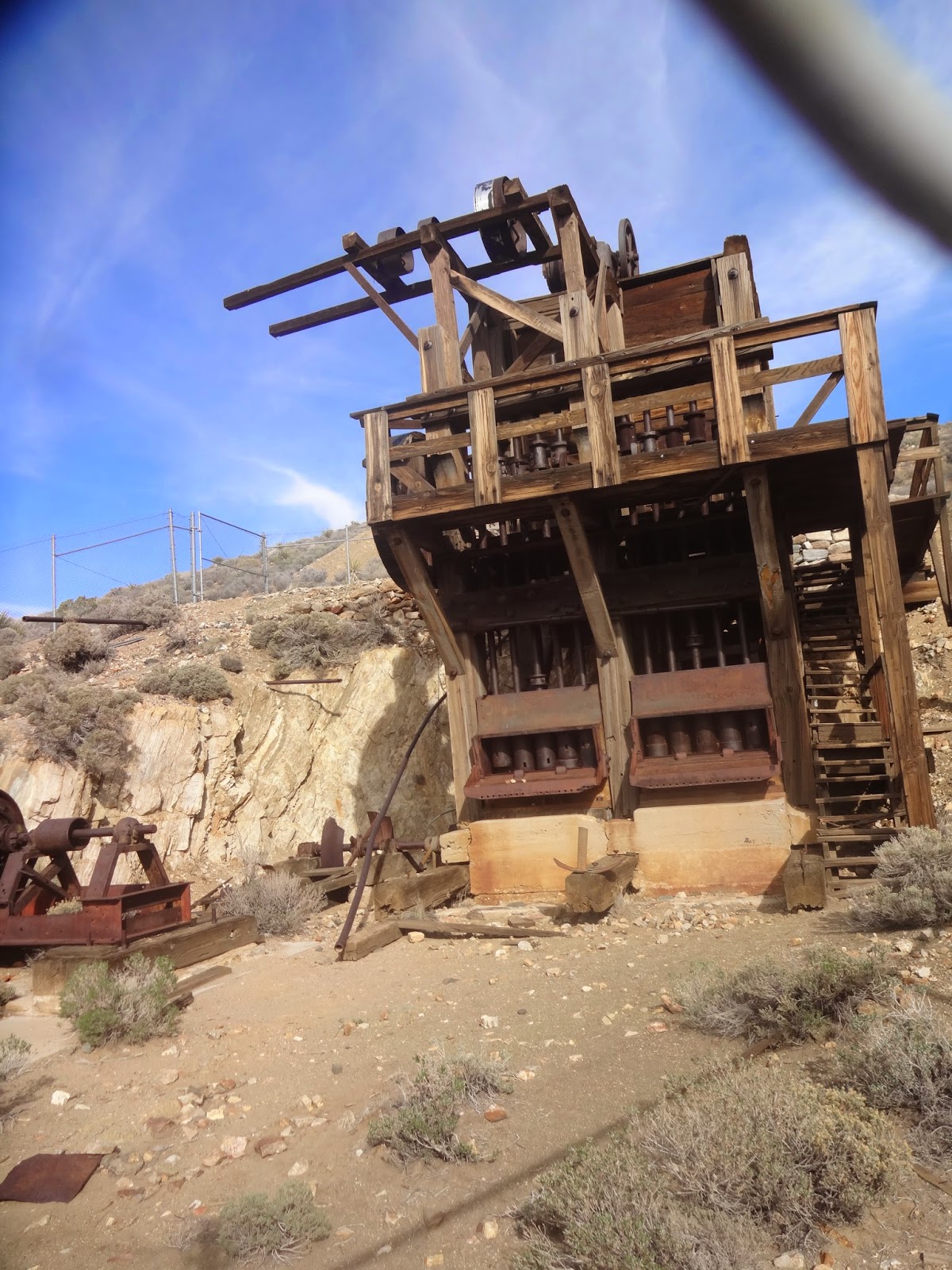 The Lost Horse Mine and Mill. 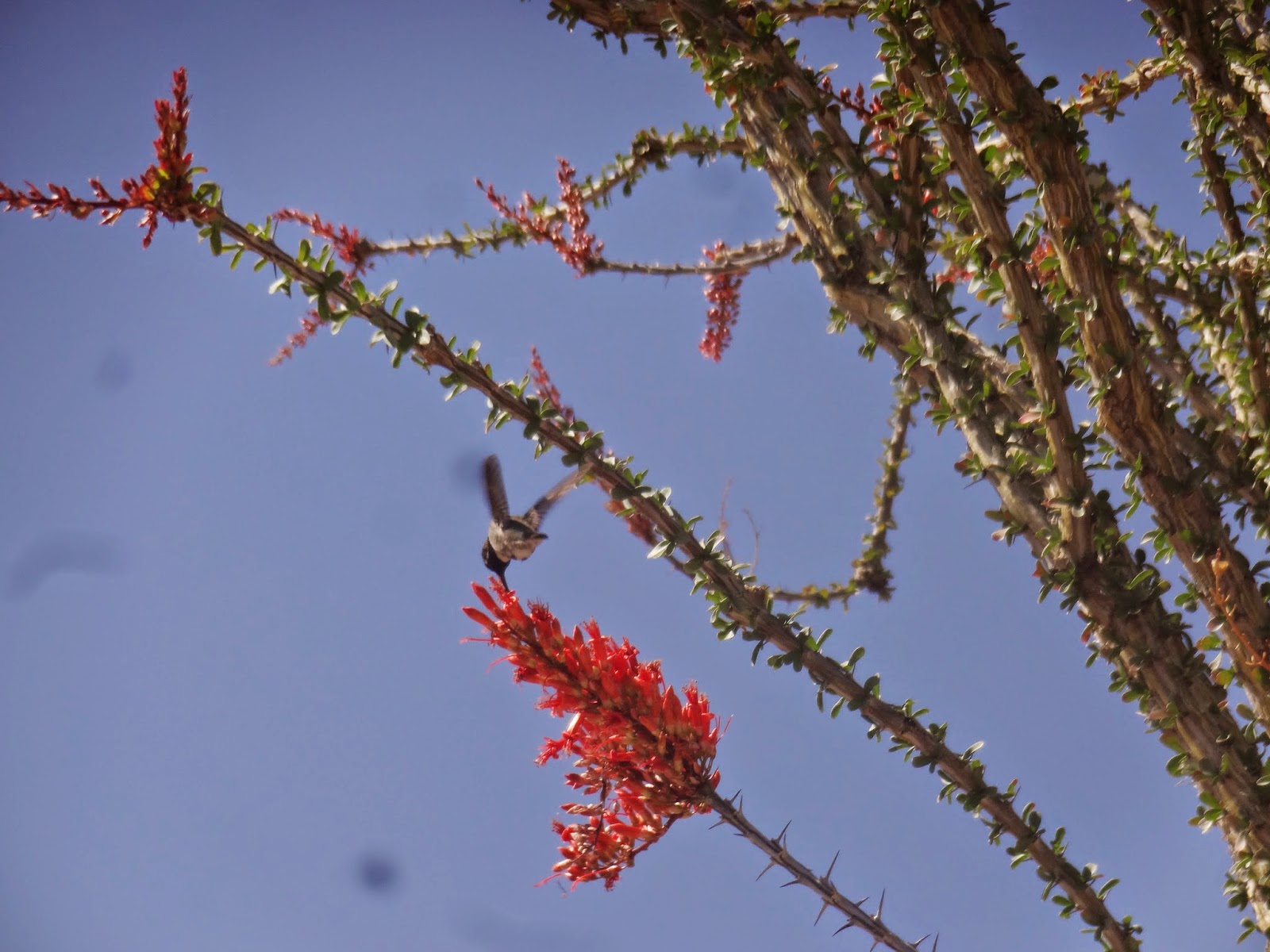 We lucked out and caught the Ocotillos in bloom.
I am proud of this shot I got with a hummingbird. 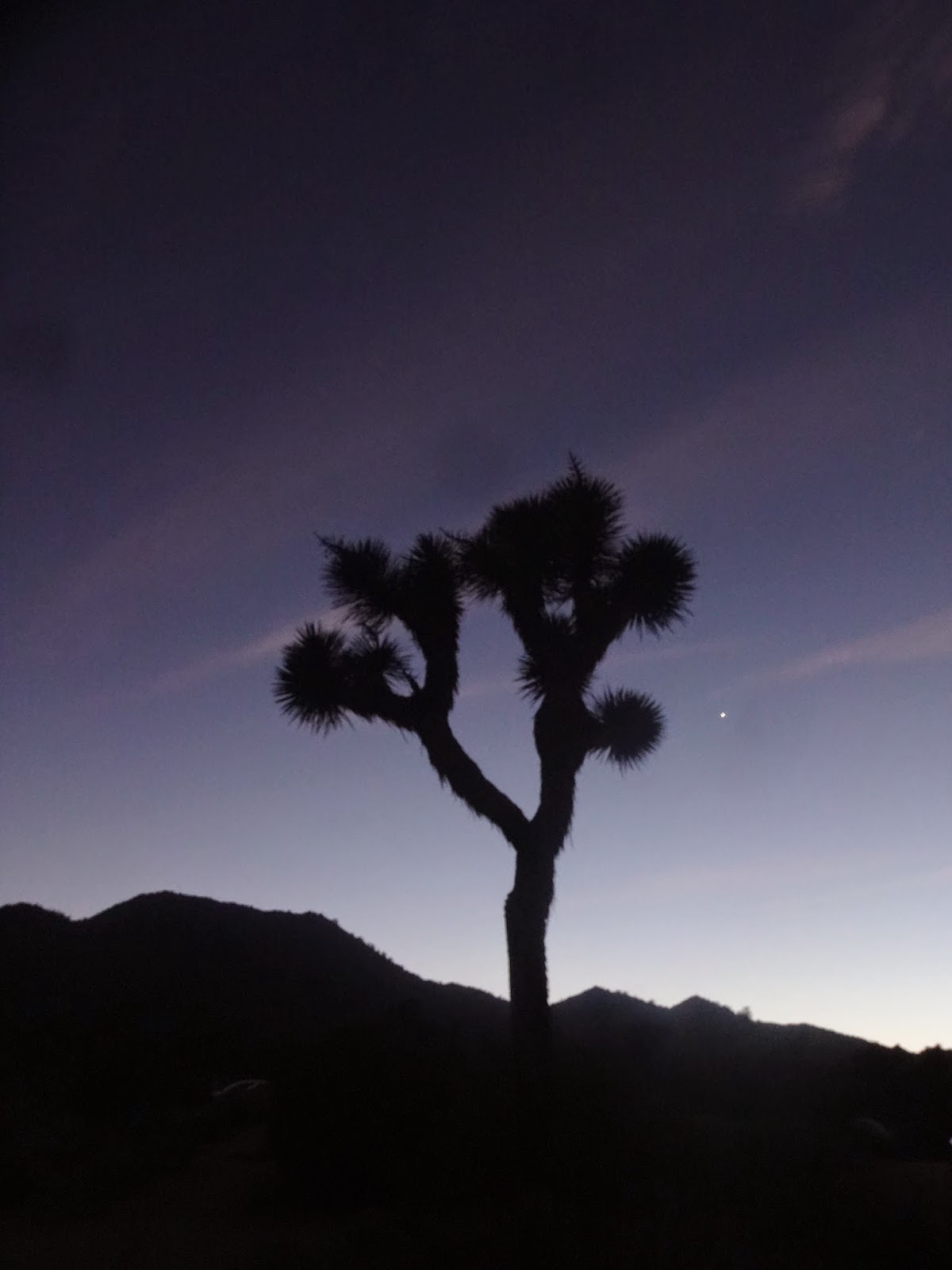 Posted by Diary of an Autodidact at 1:36 PM