50 Years and Other Poems by James Weldon Johnson


Source of book: Free e-book on my Kindle

February is Black History Month. What better way to celebrate than to read a Harlem Renaissance author? For the last three years, I have read a work by an African-American author each February. Currently, I am reading The Souls of Black Folk, by W. E. B DuBois, which I will review later this month. Last year, I read and reviewed Their Eyes Were Watching God. Back in 2011, I wrote the following about James Weldon Johnson. 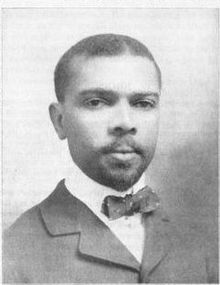 James Weldon Johnson was born in 1871 in Florida. A true renaissance man in the traditional sense, he worked in literature, poetry, music, and education. He was also a lawyer and diplomat – an impressive resume to be sure.

Johnson’s mother was the first black female to teach at the grammar school level in Florida, and he himself became the first black admitted to the Florida bar since the reconstruction era. He was later appointed as a diplomat to Venezuela by President Theodore Roosevelt. His tenure was considered successful despite difficult circumstances including a rebellion against the government in that nation.

Later, Johnson would become an important figure in the Harlem Renaissance both for his writings in poetry, fiction, and non-fiction and for his work as an educator and mentor.

In a final dramatic twist, he died in his 60s when his car was struck by a train.

Johnson is best known for two works, The Autobiography of an Ex-Colored Man, which despite its title is more fiction than autobiography; and God’s Trombones: Seven Negro Sermons in Verse, which is exactly what the title describes.

In this case, I selected 50 Years because it was a little more obscure, because I wanted to read some poetry, and because it was in the public domain. Thus, it was downloaded from Gutenberg.org to my Kindle.

This collection, published roughly in the middle of Johnson’s career, consists of two main types of poems. The first are fairly traditional poems on a variety of topics. These are written largely in the European tradition, using forms such as ballad stanza and the sonnet form to express Johnson’s ideas on a variety of subjects. The second is a series of poems in dialect. These are still traditional in format, but have a distinct regional flavor and subject matter.

Of the first type, Johnson covers many of the timeless and universal subjects of poetry. Love, meaning, nature, and others are represented here. These are competent, but rarely transcendent poems. They are enjoyable, but do not really reach the level of the greatest masters of the genre. Alas, there have been only so many that can write like Keats or Shakespeare or Frost, or a few others that in their particular vein can inspire like no others. This is not to take away from Johnson’s writing. He is good, but not in the pantheon.

Also in the first category of poems, Johnson addresses issues important to the ongoing civil rights movement. These poems are more memorable because they seem to come from a deeper level of feeling. I felt that they were characterized by a feeling of optimism, faith, and above all, strength. It is hard to describe exactly why I felt the last characteristic in these poems. Strength is in many ways the opposite of braggadocio. Strength is the ability to let the barbs of your opponents bounce off of you, to refuse even to dignify their animosity with a reply. Strength is the faith that right will prevail. Strength is taking the noble and generous approach even in the face of bigotry and malice.

50 Years, the title poem, is a bit long to quote in full, but I will quote a few excerpts.  It was written in honor of the 50th anniversary of the Emancipation Proclamation.

O BROTHERS mine, to-day we stand
Where half a century sweeps our ken,
Since God, through Lincoln’s ready hand,
Struck off our bonds and made us men.

Just fifty years—a winter’s day—
As runs the history of a race;
Yet, as we look back o’er the way,
How distant seems our starting place!

Then should we speak but servile words,
Or shall we hang our heads in shame?
Stand back of new-come foreign hordes,
And fear our heritage to claim?

No! stand erect and without fear,
And for our foes let this suffice—
We’ve bought a rightful sonship here,
And we have more than paid the price.

Full well I know the hour when hope
Sinks dead, and ’round us everywhere
Hangs stifling darkness, and we grope
With hands uplifted in despair.

Courage! Look out, beyond, and see
The far horizon’s beckoning span!
Faith in your God-known destiny!
We are a part of some great plan.

Think you that John Brown’s spirit stops?
That Lovejoy was but idly slain?
Or do you think those precious drops
From Lincoln’s heart were shed in vain?

That for which millions prayed and sighed,
That for which tens of thousands fought,
For which so many freely died,
God cannot let it come to naught.

These are inspiring words, words I wish to read to my children as they study history. It makes me sad that this spirit of optimism, strength, honor, character, seems to have faded since the days of Martin Luther King Jr. I can’t really read my children Kanye West’s unprintable tweets. There are a few notable exceptions, but they seem to be few and far between.

But I digress. Another of the traditional poems that I particularly liked was “Ghosts of the Old Year”. This poem is in an interesting form, with 3 lines of rough iambic tetrameter followed by a line of a line of dimeter. The eight line stanza is thus AAAB CCCB. The poem is a musing on the turning of the year, and the poet’s sense of what he has failed to accomplish. With four stanzas, it is a fairly short poem. It contains, however, in stanza three, one of my favorite lines:

It tells the deeds that were not done,
It tells of races never run,
Of victories that were not won,
Barriers unleaped.
It tells of many a squandered day,
Of slighted gems and treasured clay,
Of precious stores not laid away,
Of fields unreaped.

That one line, “Of slighted gems and treasured clay” represents our tendency to fail to appreciate what is truly important perhaps better than I have ever seen it said before. It sends a shiver down my spine every time I read it.

I also should mention “Lazy”, another poem with an interesting eight line stanza. In this case, the rhyme scheme is the same as in “Ghosts of the Old Year”, but the 4th and 8th lines are, instead of a two foot line, a three foot line with a feminine ending. (Those non-English majors are welcome to send me a request for the extended lecture on poetic form. I promise to give you far more information than you wanted…) Thus, this line has seven, rather than eight syllables. Quite apart from the form, I found this poem represented my human tendency toward laziness all too well.

Another short poem that I liked was “The Reward”. In only four lines, this expressed what all writers hope:

No greater earthly boon than this I crave,
That those who some day gather 'round my grave,
In place of tears, may whisper of me then,
'He sang a song that reached the hearts of men.'

The poems involving dialect were also interesting, each in their own way. These conjure up a picture of the south both humorous and poignant. There are plenty of references to southern weather and cuisine, including a poem entitled, “’Possum Song (A Warning)” which is a warning to “Brudder ‘Possum” that he is about to be hunted for dinner.

These poems are a reminder of the changes that language has undergone in the last 100 years. I was a bit startled to find the term, “pickaninny” used without any embarrassment. Like the usage of n------ in Mark Twain’s writing (among others), this would now be unthinkable, but was common and uncontroversial back in that time.

My favorite of the dialect poems was “The Rivals”. This long poem, written in traditional ballad form, recounts the courtship of the narrator in which he bested his richer rival in his quest for the hand of the fair girl he loved. This story never gets old, regardless of how often it is repeated in one form or another. The dandy’s fine new clothes covered with mud bring a chuckle while the girl expresses her love for the plain jeans of the narrator.

This was a thoroughly enjoyable read from an author possessing skill and wit. It is yet another reminder that the Harlem Renaissance is truly unjustly neglected these days. I encourage you to read some James Weldon Johnson. Don’t forget Countee Cullen either: another gifted poet from this era. It is good for all of us to be reminded of the power of language, hope, and faith. May we all aspire to the ideals of the Harlem Renaissance.
Posted by Diary of an Autodidact at 9:25 PM