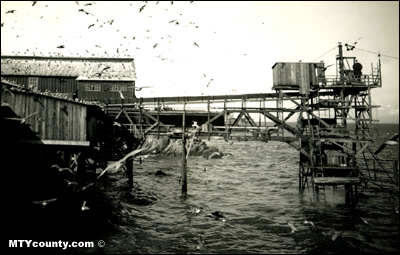 One of the old canneries. 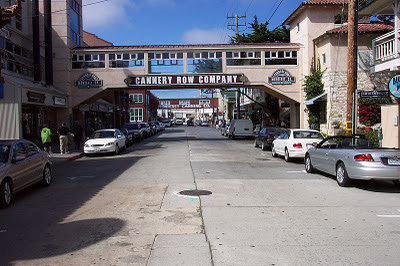 Modern Cannery Row. In this section, some of the old canneries have been converted into tourist shops. 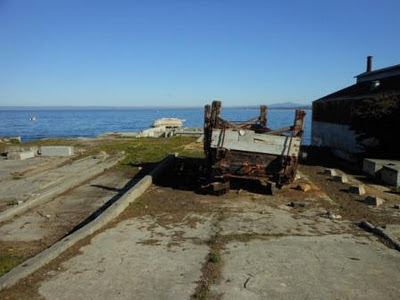 On the north end, only remnants of the canneries remain, and the weeds grow in the empty lots. 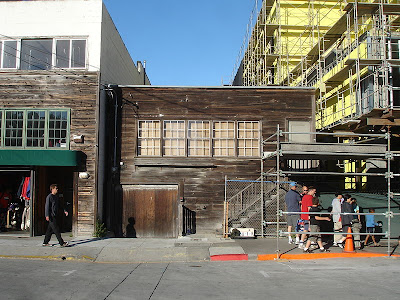 Ed Ricketts' old laboratory still exists.
Note on The Grapes of Wrath:
Since I live in the area of California’s central valley described in that book, it would be interesting to explore those issues in a future blog. Nationwide, the book was controversial due to the nudity in the last scene – surely the least sexy use of nudity possible – but apparently librarians in the 1940s didn’t get out much. Here in Bakersfield, the controversy was over Steinbeck’s lack of accuracy in the facts presented. He changed a few things to make the story more dramatic – changes that did not reflect well on the situation here in Kern County. My wife went to an event at the site of one of the old labor camps specifically described by Steinbeck, and interviewed nine of those who lived through the dust bowl days for a college term paper. Interestingly, those who were migrant laborers confirmed that Steinbeck changed details to better suit his narrative and his socialist philosophy. Perhaps I can talk Amanda into rewriting her paper as a guest blog post.
Posted by Diary of an Autodidact at 10:03 PM