Southern Utah may very well have the most concentrated set of natural wonders anywhere. (If you combine Utah with northern Arizona, I bet you would.) Within a few hours drive of each other are no fewer than five national parks and numerous national monuments. The parks get most of the press - and traffic: Zion, Bryce, Arches, Canyonlands, and even Capitol Reef.

But don’t sell the monuments short. They are often less crowded and more akin to wilderness. One great example of that is Cedar Breaks National Monument. I am embarrassed to admit that in 30 years of visits to Utah, it tool until 2016 to finally visit this little gem. I had actually driven by it a few times on the way to Bryce, but had never actually stopped there.

My wife attends the Utah Shakespeare Festival (usually with a friend) every year for the last few, and she actually beat me to Cedar Breaks - she and the friend took a morning trip there, because it is pretty close to Cedar City. Our whole family traveled there in 2016 both for some of the fall plays, and to visit the various parks in the area.

Cedar Breaks is often called a “little Bryce.” It has the same basic features: a canyon system with hoodoos and bright colors. It is steeper, though, and there aren’t really trails down into the canyons except on the one end. It is also quite a bit smaller and intimate. The biggest difference, though, is the setting. The rim of Bryce is at 8,000 feet elevation, which is cold enough during the winter. But at 10,000 feet, Cedar Breaks tends to be cold and windy even in the summer - and it closes entirely during the winter season. Because of the altitude, the wind, and the temperatures, visitors should come prepared. Bring a jacket, even in the summer. Just in case.

One thing the altitude does bring is marmots. I see these in the high sierra all the time, but it was nice to see them here too. (For those unfamiliar with them: if squirrels played football, marmots would be the offensive line and the nose tackle.)

The views at Cedar Breaks are fantastic, and they can be reached with a few moderate or easy hikes, depending on how far you want to go. The rangers are friendly and helpful; and, because of the low number of visitors, they actually have time to talk.

If I were advising someone new to the area as to a trip here, I would recommend the following: First, plan on coming during the summer or early fall, when the snow is gone. Cedar Breaks doesn’t open until the roads are clear. Second, plan to catch a play or two at the Shakespeare Festival, which runs (conveniently) during most of the time Cedar Breaks is open. Third, since Cedar Breaks can be seen in one day, plan to visit other nearby places. In cooler weather, Zion and Snow Canyon State Park are lovely. (Try to avoid Zion on weekends, though - it can be super crowded.) If the weather is hot, Bryce will be a cool relief. I also recommend seeking out Kanarraville Falls, a little slot canyon with a beautiful waterfall. 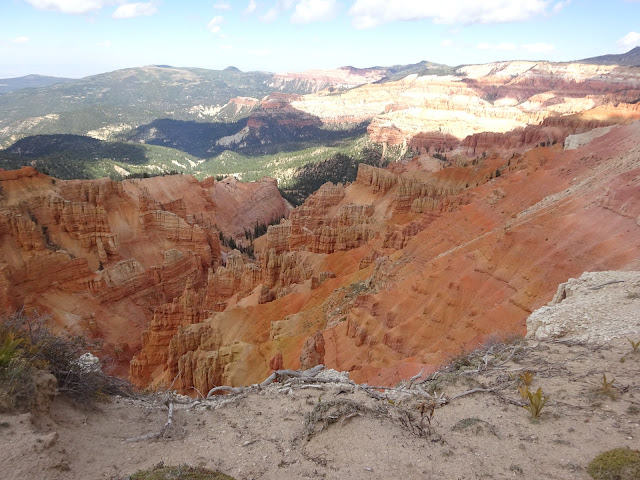 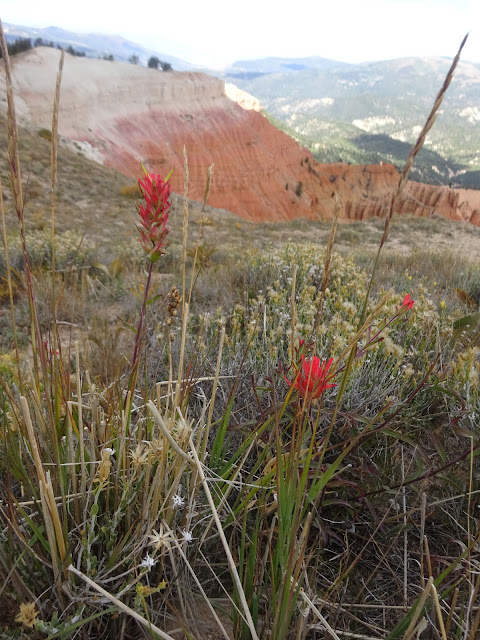 There were quite a few wildflowers - even in September. It's a short growing season. 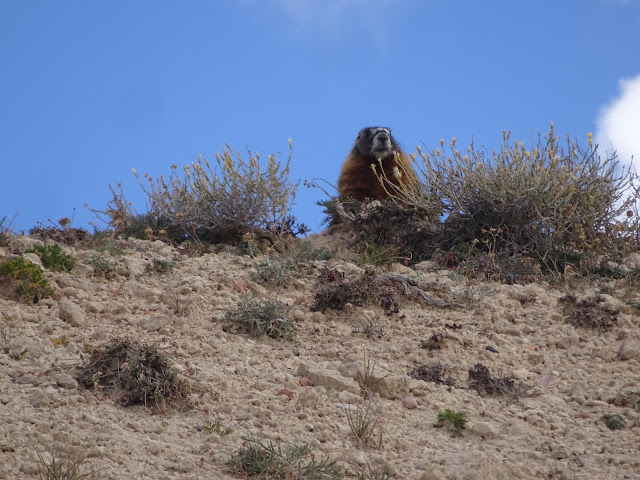 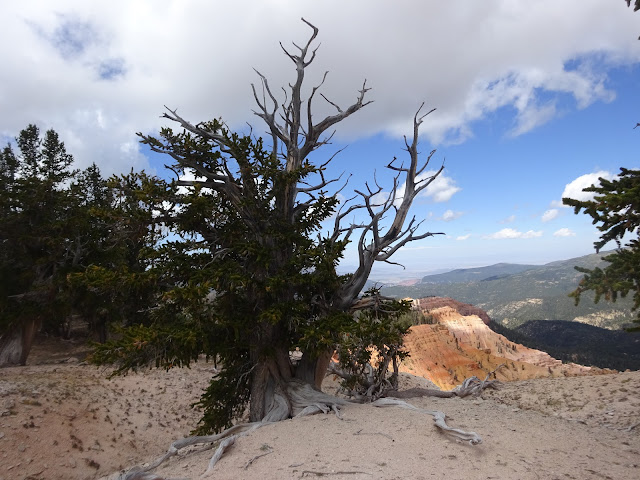 Yes, that's a Bristlecone Pine. Not as old as the ones in California or Nevada, but striking nonetheless. 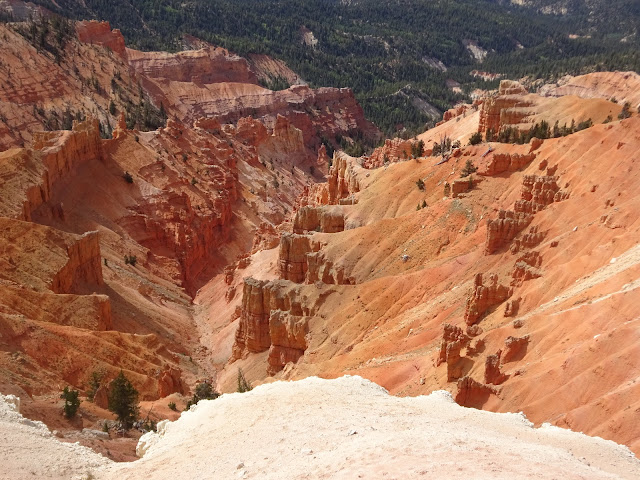 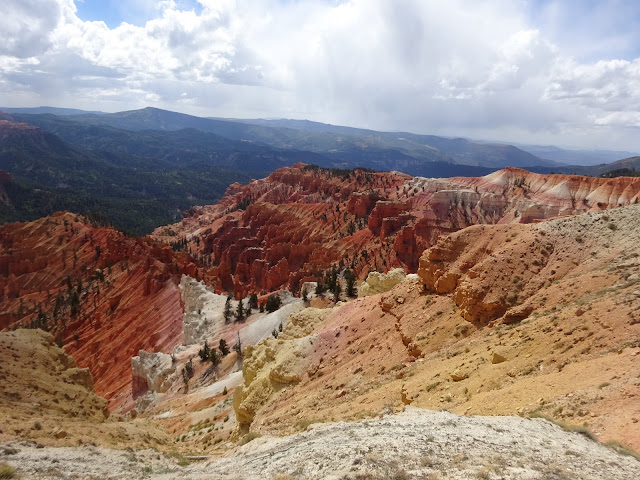 I love the contrast of colors. 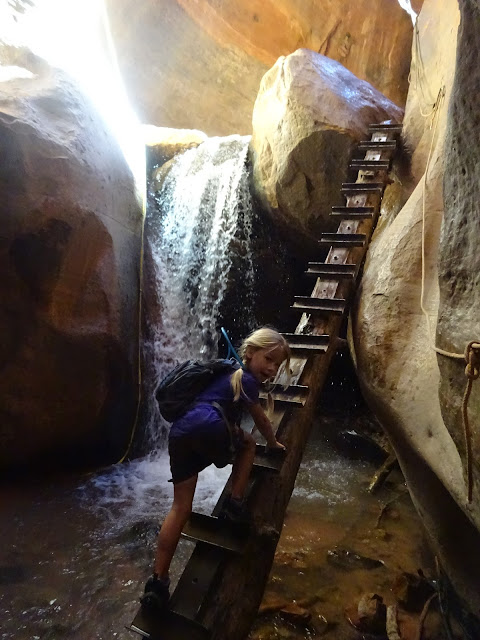 And, for good measure, here is Kanarraville Falls.
My youngest was age 5 when this picture was taken.
Posted by Diary of an Autodidact at 6:58 PM