What I Learned About My Wife in Fifteen Years of Marriage

One of the things that well meaning people tell young people considering marriage is some variation on this:


“Just wait until you get married. Then you will really get to know all of the annoying things about your spouse.”


Some of the “christian perspective” ones are even more dour, explaining that you really won’t discover just how bad a sinner your spouse is until you have to live with them day in and day out.


Now I do get it. Marriage isn’t all wine and roses, and none of us are at our best all the time. I myself am a lot harder to live with after weeks on end of getting up several times a night to feed a baby. I understand the desire to prevent naive youngsters from thinking infatuation lasts exactly how it starts. I get that they don’t want young married folk to think that it is abnormal to have disagreements or to feel unhappy.


I do want to offer a different perspective.


My wife and I celebrate 15 years of marriage today.


We’ve had five kids together, been through the ups and downs. We’ve had a lot of nights up with the kids, had our days and weeks of frustration and stress.


But one thing I can say is this:


I have learned that my wife has incredible stamina - more than me. She can go on less sleep, do more physically and mentally, and still keep her wits and good sense about her.


I have learned that my wife can carry me when I need it. I am an emotional guy, I have my insecurities and fears, and I don’t always handle change or uncertainty well. My wife has been my rock in these moments. She has a strength that amazes me.


I have learned that my wife loves me even when I am most difficult to be around.


I have learned that my wife loves the me that I am, not the me that she planned to make me. I have never been a “project” in her eyes.


I have learned that my wife isn’t afraid of anyone, which is more than I can say for most people I know. She will stand up to bullies and isn’t afraid to have her name on it.


I have learned that my wife can fabricate pretty much anything. Portcullis from duct tape? Costume dress from a photograph? Correct errors in a knitting pattern? Gluten free cream puffs so a friend can eat them? She does it all and more.


I have learned that my wife actually does like to snuggle, even if it took a bit of time for her to realize it herself.


I have learned that every self help book that purports to know “what women are like” is dead wrong about my wife.


I have learned that - unlike me - she can down a large coffee and go to sleep an hour later.


I have learned that I will never regret asking for her advice and counsel. Every time I have listened to her, I have been glad I did.


I have learned that she has excellent judgment and a level head.


I have learned that together we can accomplish pretty nearly anything.


I learned that if the world needed saving, she would be the one I’d want in charge, and would gladly be her goofy sidekick.


I have learned that she is the very best sort of best friend anyone could have.


I learned that I have had a shot at love that most people will never have.


In short, what I have learned about my wife in 15 years of marriage is that she is much more, much better, and much more loveable than I realized when I married her.


Had I known what she was really like, rather than hesitate before marriage, I would have been that much more eager to walk down that aisle. Because I have discovered that she is more than I could ever have expected. 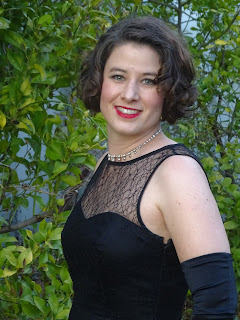 The lovely Amanda earlier this year.


One of the songs that became “ours” in the last couple of years:


If you want to read more mushy posts, here is the list: