This post is part of my ongoing series on the National Park System. The index is here.


One of the characteristics of living in California is the threat of earthquakes. I personally remember three as the most memorable. First was the 1987 Whittier quake, which was strong and close enough to where I lived in the San Fernando valley that it woke me up. Threw me out of bed, really. The second was the 1989 quake in the San Francisco area, which knocked a freeway down, among other things. That one was strong enough to feel all the way down in Los Angeles, believe it or not, and it wasn’t until the news came on that we realized it wasn’t just a common small quake in our area. The third was the 1994 Northridge quake, which killed quite a few, knocked down a key overpass leading to a traffic nightmare for months, and destroyed my uncle’s apartment. During my late teen years, we lived - literally - within spitting distance of the San Andreas Fault.


I mention all this as an introduction to Point Reyes National Seashore. This park is located about an hour north of San Francisco, on the other side of the Golden Gate Bridge.


Point Reyes, as a geological formation, is an interesting specimen. It consists of a top layer of conglomerate, with underlying granite. The specific rocks do not match anything else in the area. Even a brief look at a map shows that Point Reyes seems to be disconnected from the rest of the area. (This is even more apparent when one sees the ridge of hills 1500 feet high on the extreme eastern edge. It’s like someone made a giant knife cut across the boundary.) 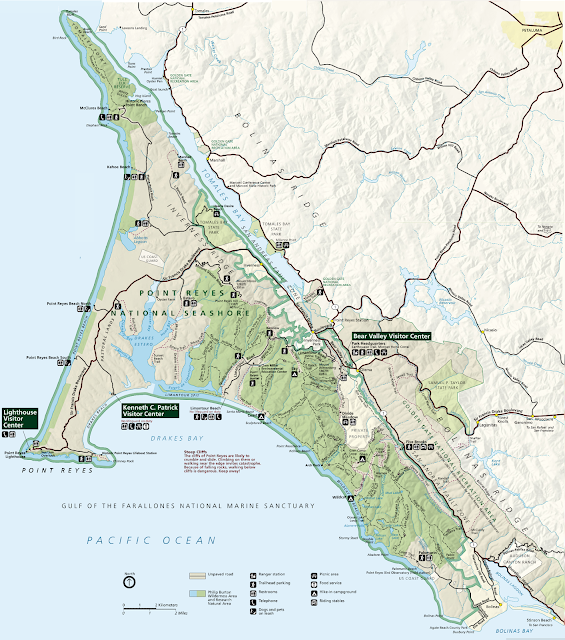 (Official map from the NPS)


Those rocks, however, do match rocks elsewhere in California. Specifically, the granite matches rocks about 300 miles to the south, in the mountains north of Los Angeles, while the conglomerate matches rocks about 90 miles to the south near Carmel. Well, it turns out that there is a reason for this. Point Reyes is on the west side of the San Andreas, while the matching rocks are on the east side. Over the last 100 million years (more or less), Point Reyes has moved many miles north of its former location.


[For those interested, a more detailed geological history with some great pictures can be found here.]


In addition to the evidence from the rocks themselves, there is additional historical evidence of the move. During the famous 1906 San Francisco earthquake, the actual rupture occurred at Point Reyes, and left signs clearly visible at the surface. The displacement in this area was 16 feet, leaving fences disconnected. Crazy stuff.


We spent a day hiking and exploring at Point Reyes this fall. We were fortunate to enjoy a rare sunny day there, with neither fog nor rain to spoil the views. It wasn’t even particularly windy. There are a total of about 150 miles of trails, so we just scratched the surface, but what we did see was quite beautiful. Point Reyes is free to visit, which is unusual in the National Park system. We look forward to coming back and exploring more of this place. 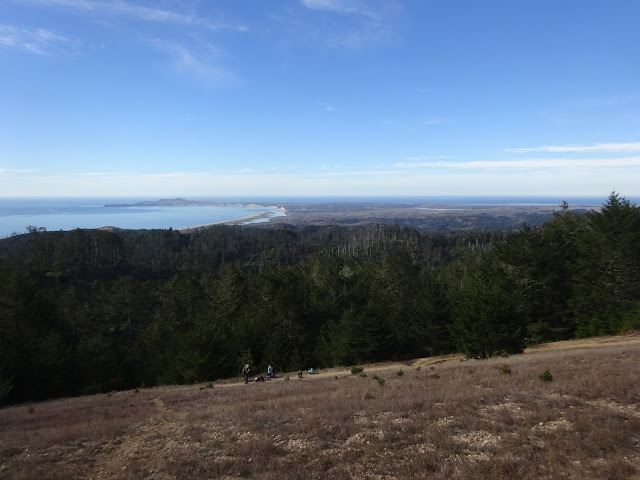 The view from Mt. Wittenberg 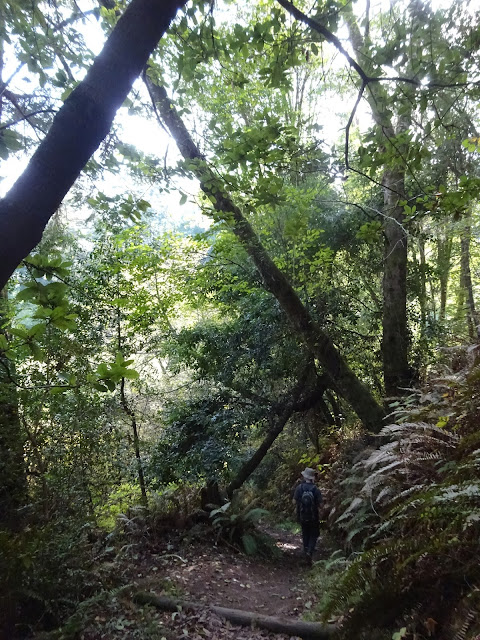 Hiking in the forest 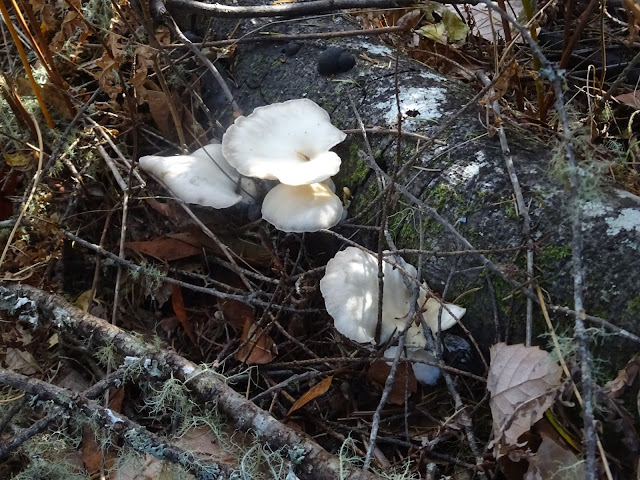 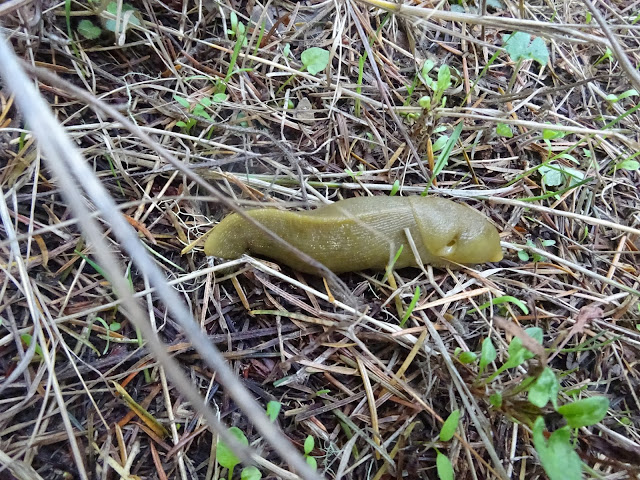 Banana Slug. My kids were thrilled to finally see one. 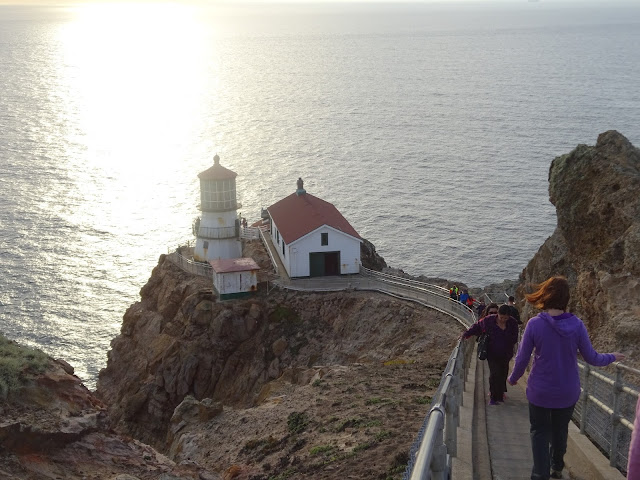 You can tour the lighthouse, which has the original first order Fresnel lens intact. 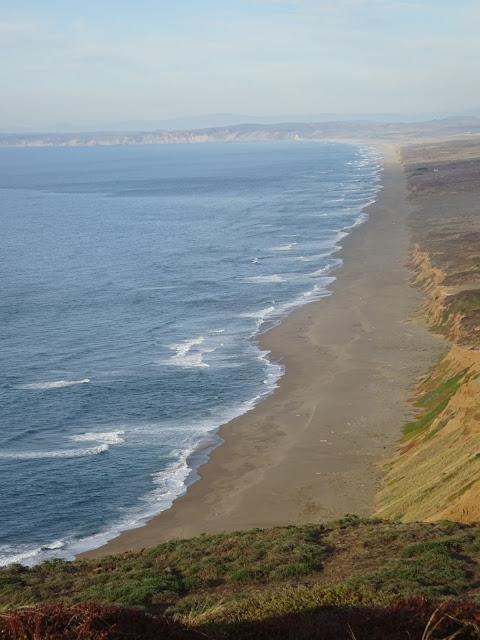 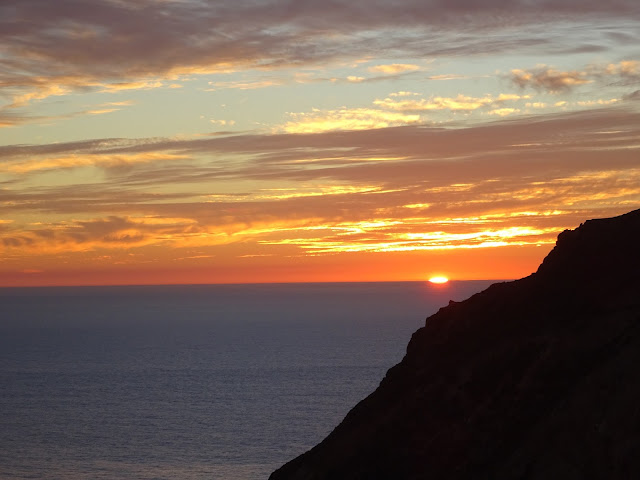 Sunset over the point.
Posted by Diary of an Autodidact at 6:48 PM