In the summer of 1869, naturalist John Wesley Powell led a group of ten on a truly epic exploration from southern Wyoming to Nevada, following the route first of the Green River, and then the Colorado River. The journey carried them through some of the most scenic parts of the western United States, including the areas that are now Flaming Gorge National Recreation Area, Ouray National Wildlife Refuge, Dinosaur National Monument, Glen Canyon National Recreation Area, Lake Powell (named after, well, Powell), Grand Canyon National Park, and Lake Mead. It is hard to think of another river trip of that length that would contain such an endless succession of gorges and dramatic scenery.


In the middle of that journey is a rugged and nearly inaccessible labyrinth of mesas, canyons, and cliffs. That place is now known as Canyonlands National Park. The Green and Colorado rivers enter the park from the north, and combine in the middle of the park, tucked away inside a remote canyon. If you want to see the confluence, you have to either hike or take a kayak.


Canyonlands became a national park in 1964, during the Johnson administration. In this case, unlike many parks, Canyonlands was not a National Monument prior to becoming a park. Thus, there was the usual political wrangling over the boundaries, and the current park is a bit of a compromise. Conservationists hope to eventually extend the park to encompass the area all the way to the plateau rims which make for a “natural” boundary to the park.


We only had a single day to explore Canyonlands during our trip back in May, so we barely scratched the surface. There are four “districts” within Canyonlands, and they are not close to each other by car. In fact, two of them are accessible only by four wheel drive vehicles, hikers, and intrepid whitewater boaters. We visited the most popular section, the Island in the Sky, because it was close to Arches National Park, where we were camping.


Island in the Sky is aptly named. It is located on top of the mesa at the north end of the park. From the south, it does indeed look like a giant island or reef, cut into a triangular shape by the two rivers as they wind toward their junction. From the top, one can look down over the labyrinth - a view that stretches well over 100 miles on a clear day.


Down below the cliff, there is a second level, a mesa below the mesa. Named the White Rim for the color of the rocks at the edge, it contains a dirt road nearly 80 miles long. The best way to do the drive is to get a permit to camp at one of the sites along the way. I would love to come back and do that some time.


For most of this trip, we had intermittent thunderstorms, and our day at Canyonlands was no exception. Fortunately, we avoided most of the rain until we were driving back. The weather did, however, make for great lighting and contrast for photography.


I am particularly proud of this one, with the cell dropping some rain into the canyon. 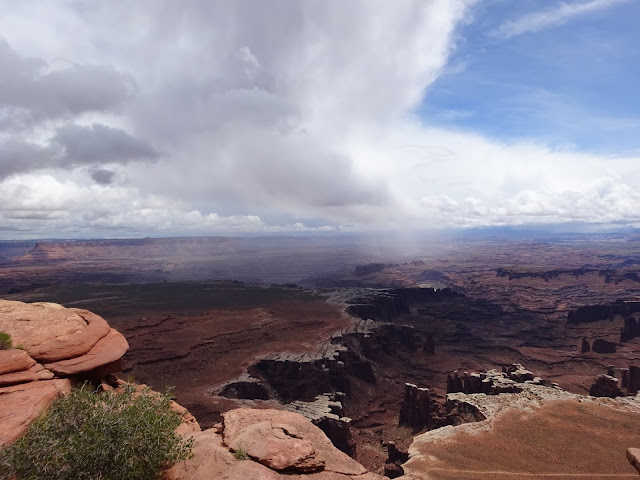 Monument Basin and the White Rim 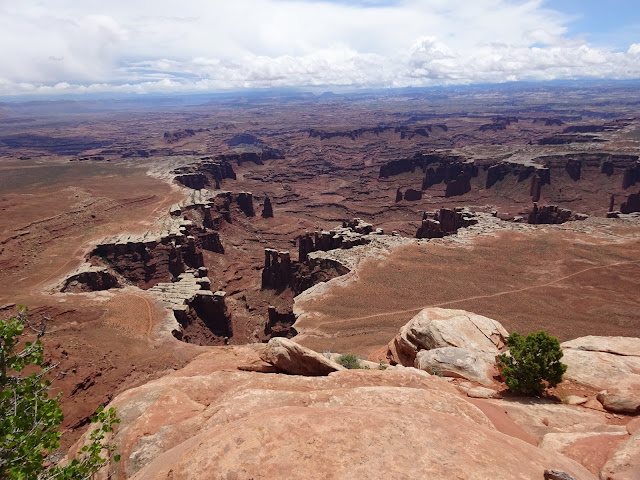 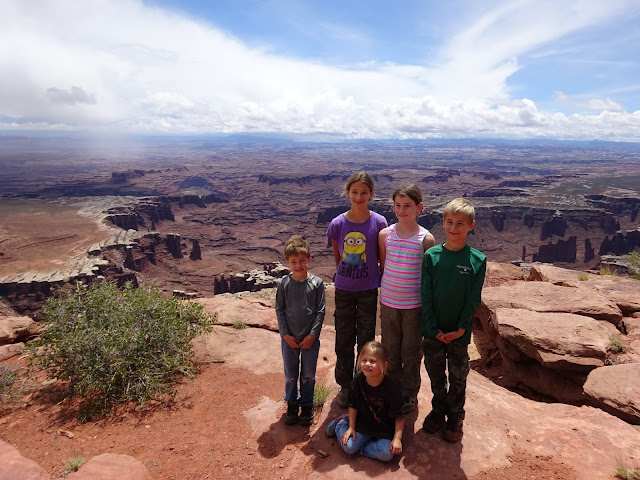 The view through Mesa Arch 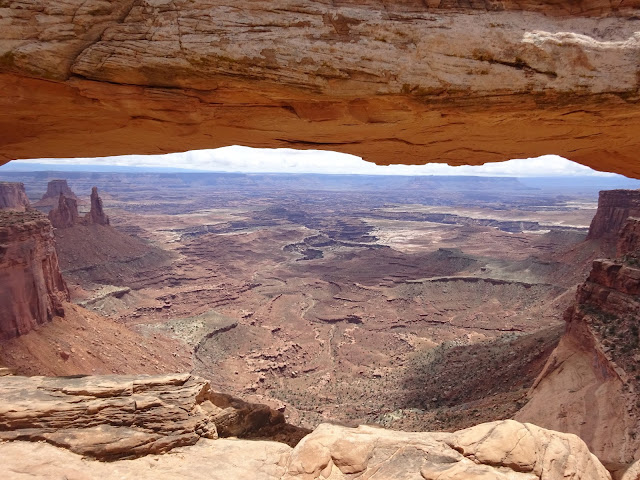 Rain over toward Arches National Park and the La Sal Mountains 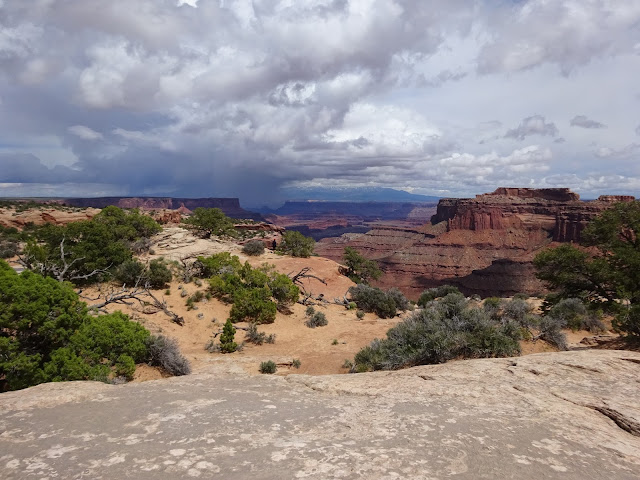 If the Grand Canyon did not exist, Canyonlands might well be considered one of the most spectacular canyon systems in the world. One wonders if Powell, floating down the river, felt as though every day brought a new canyon, each more spectacular than the last.

Posted by Diary of an Autodidact at 2:05 PM