Vernal and Nevada Falls: A Family History in Pictures

Although I started my older kids hiking short distances early on, our serious hiking adventures began in 2010, when my eldest daughter (then age 6) saw a picture of the Mist Trail in Yosemite National Park on the cover of my Falcon hiking guide. We started talking about doing the hike, and I told them that we would need to train if we wanted to start doing hikes like that. After all, it is a six mile loop, with a total climb of 2000 feet.


The oldest three were eager to give it a try, and willing to start hiking regularly. We began with a local trail, the Mill Creek Trail, which is a great cool weather hike. After making it six miles a couple of times, I figured we were ready.


Therefore, in June of 2010, we set out, along with a friend, to conquer Vernal and Nevada Falls.


This trail is one of my all time favorites, a trail I believe everyone should have on their “bucket list.” (I would also list the Angel’s Landing trail at Zion National Park.)


We revisited this trail in 2011, then again in 2013 with some friends who had never visited Yosemite, and then again in 2015 and 2016, as part of our “go hiking on Memorial Day” tradition. For 2017, a year of historical snowpack, we experienced the highest water levels I have ever seen in Yosemite. That first time, only the oldest three children came with me. After that, we added additional children, until 2015, when my youngest made it the entire way on her own legs. We try to introduce others to this amazing hike whenever we can.


Each year, we have taken a picture of some sort at the top of Vernal Falls, looking west toward Glacier Point.The pictures speak of the imperceptibly slow progress of geologic time, and also of the way that children grow up far too fast. 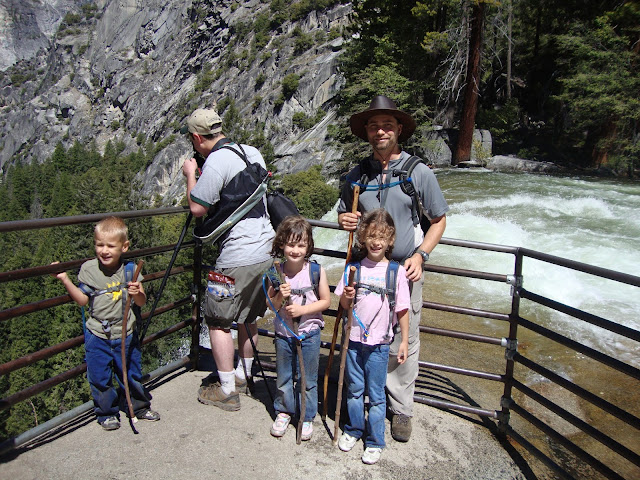 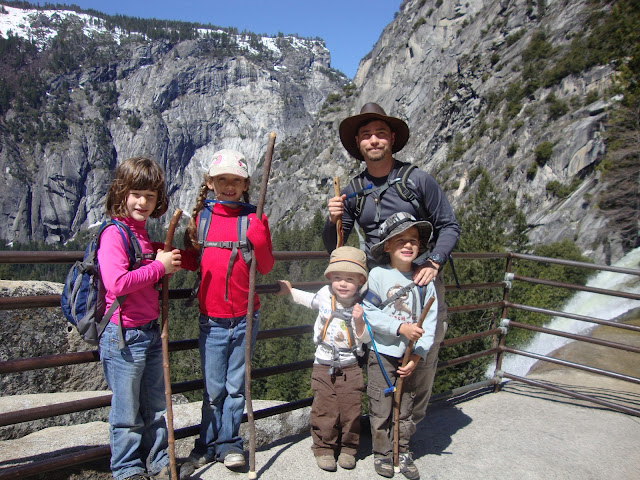 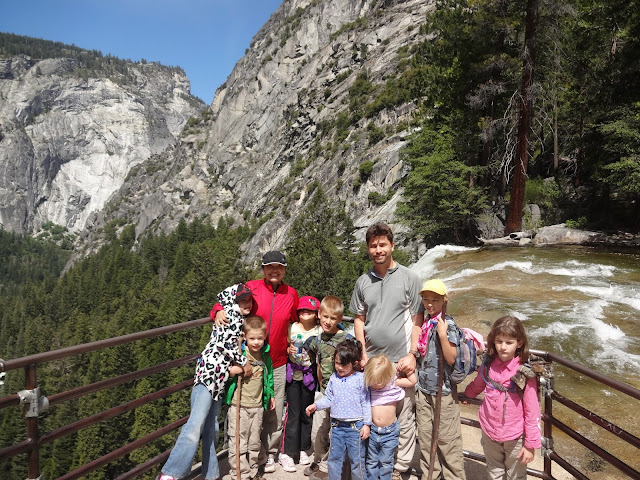 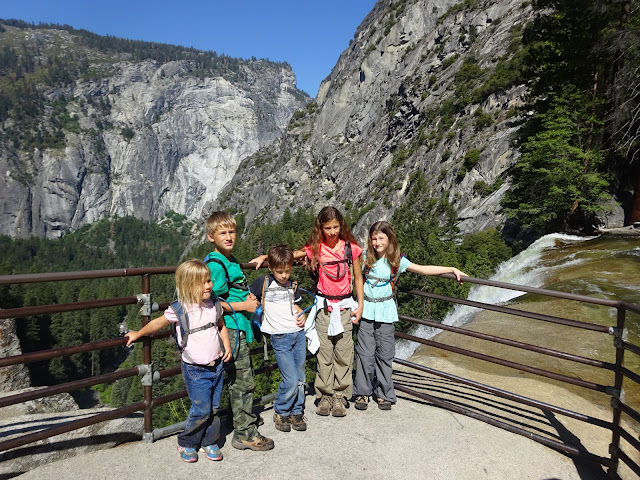 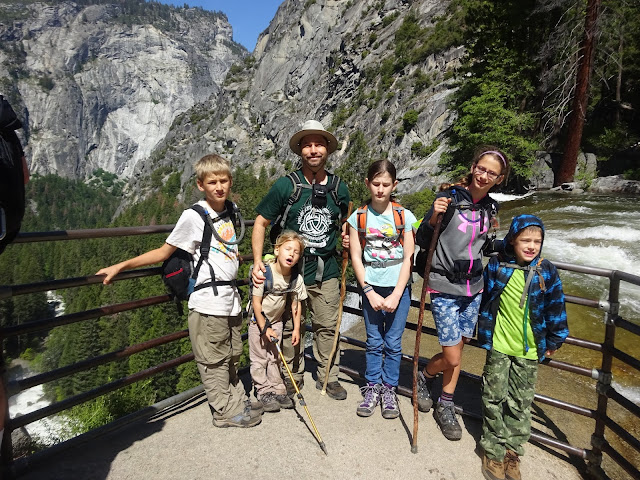 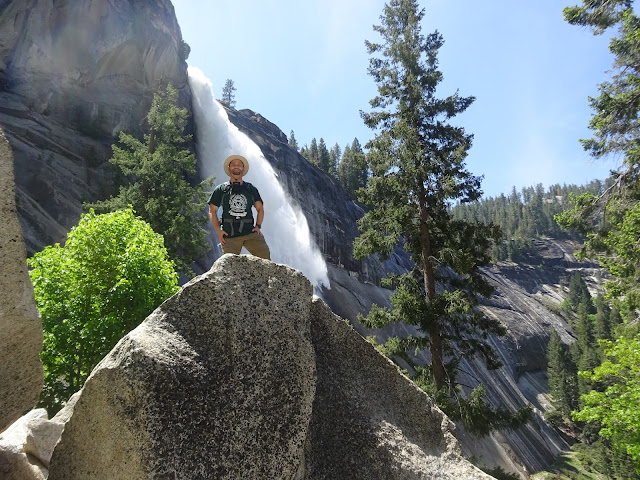 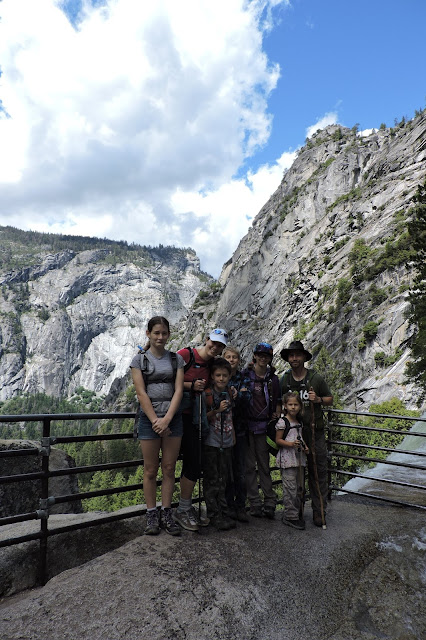 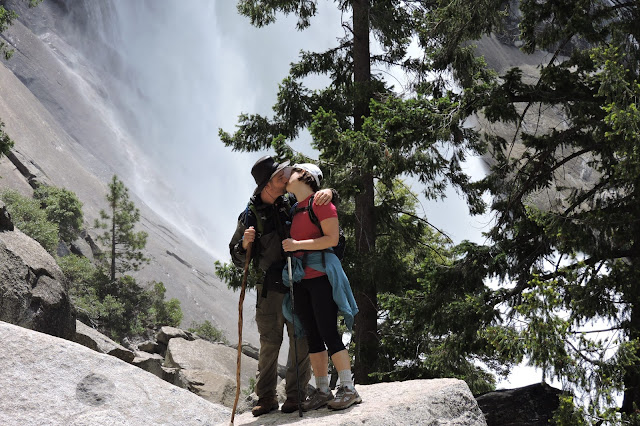 2017: This happened to be our 16th Anniversary, so we got a picture smooching beside Nevada Falls. 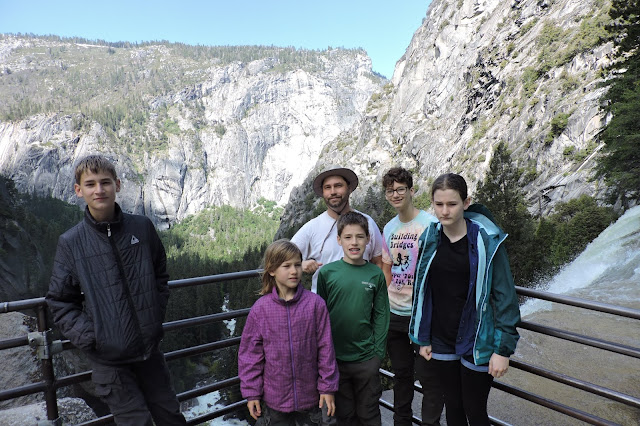