Reading With My Kids: Hatchet by Gary Paulsen

Source of book: We own this. My in-laws gave us a lovely hardback edition of this book and the four sequels.

My introduction to Hatchet came as a very young adult. At the time, I was involved with some volunteer work on the Navajo Reservation that had me taking a couple of annual trips out there. On one of them, one of the guys I was working with brought an audio book along for the long drive. (Roughly 12 hours.) It did make the miles pass quickly. 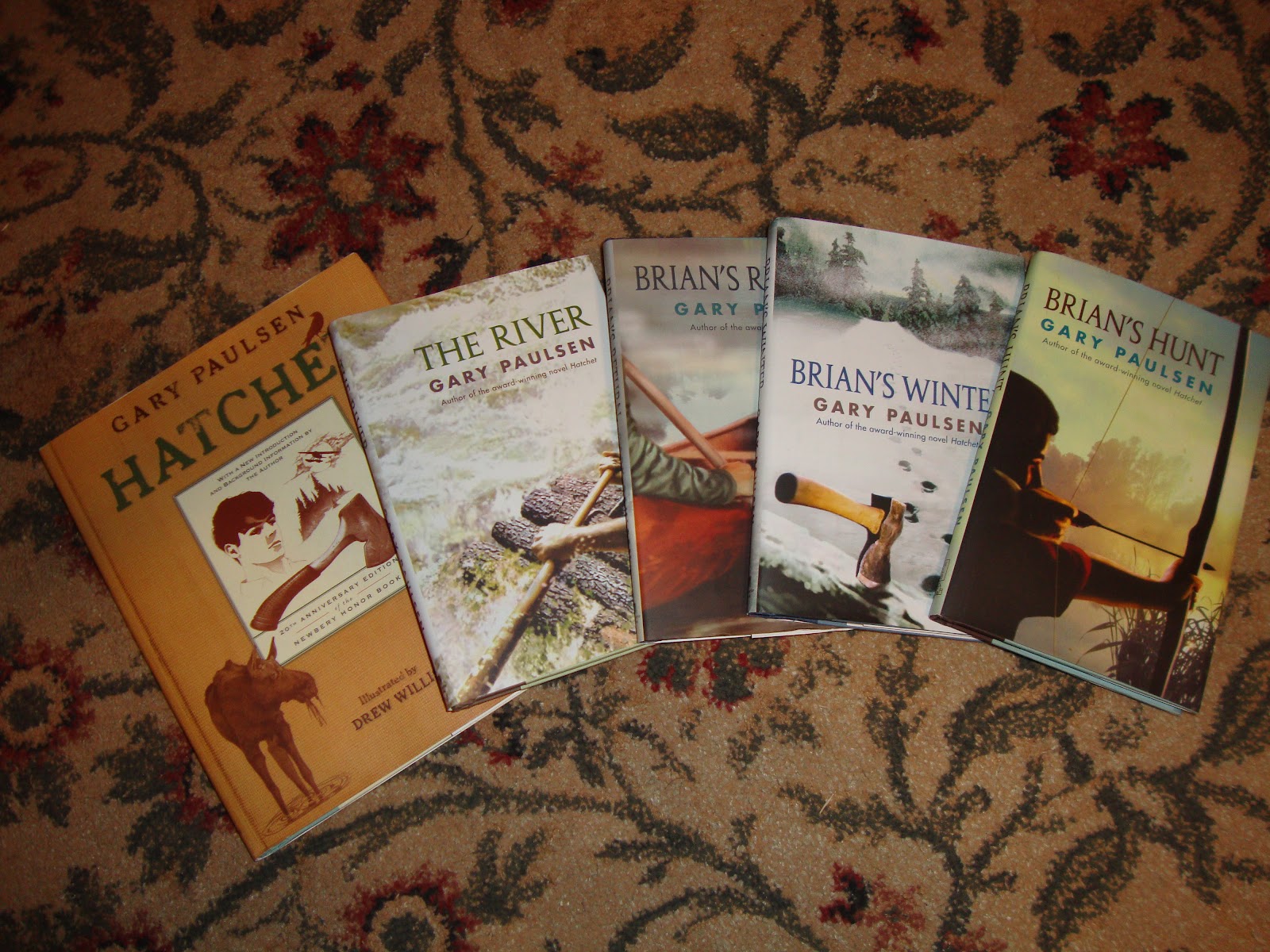 Hatchet is a kid book, but not a particularly light one. It is a survival book, a bit in the vein of what is perhaps an American tradition. Another similar book is My Side of the Mountain, by Jean George, which predates it by 30 years.

The grittier Hatchet doesn’t shy away from darker themes, including death and divorce. Brian, the 13 year old protagonist, doesn’t have it easy. He makes mistakes that nearly kill him. A series of unfortunate incidents threaten his survival. The book is as much about his failures as his successes, but that is what makes the character development particularly central. Brian has to change his very outlook and his way of thinking. In many survival stories from Robinson Crusoe on down, the protagonist already has a great deal of mental fortitude, a wealth of knowledge, and merely lacks the material resources. Brian likewise has to make do with the clothes on his back and a hatchet, but in contrast, he is unused to self control and lacks most skills that he will need. The need to survive forces him to discipline his brain.

In re-reading this book with the kids, I was struck by the process that Brian goes through to focus his thoughts, to separate out the panic and the pain and the fear so that he can figure out which tasks he must focus on. Food. Ever and always food. And shelter. And fire. But these are not second nature to him. Even problem solving itself is a new language that he must learn.

In this sense, Brian is a normal kid. He hasn’t ever had to rely on himself and his own courage. Fortunately for him, he is fairly bright, he realizes that he must think before acting, and he shows a great deal of persistence. Actually, these are the very things that make the difference between death and survival in many wilderness accidents. Those who stay calm, stay put, and avoid panic are more likely to survive.

Also good in this book are the descriptions of the plants and animals that Brian encounters. Many are unfamiliar to him, and he simply describes them. At the end of the book, he is able to discover the real names of things, but we already know what they are like. Those of us with a bit of background knowledge can figure out what Brian is experiencing even before then. The author has obviously spent plenty of time in the woods, and not just with an encyclopedia.

The kids enjoyed the book. Fortunately, they aren’t bothered much by the more intense stuff. Even my younger son, who doesn’t take danger in movies very well was okay with just a verbal description. Your kids’ mileage may vary. 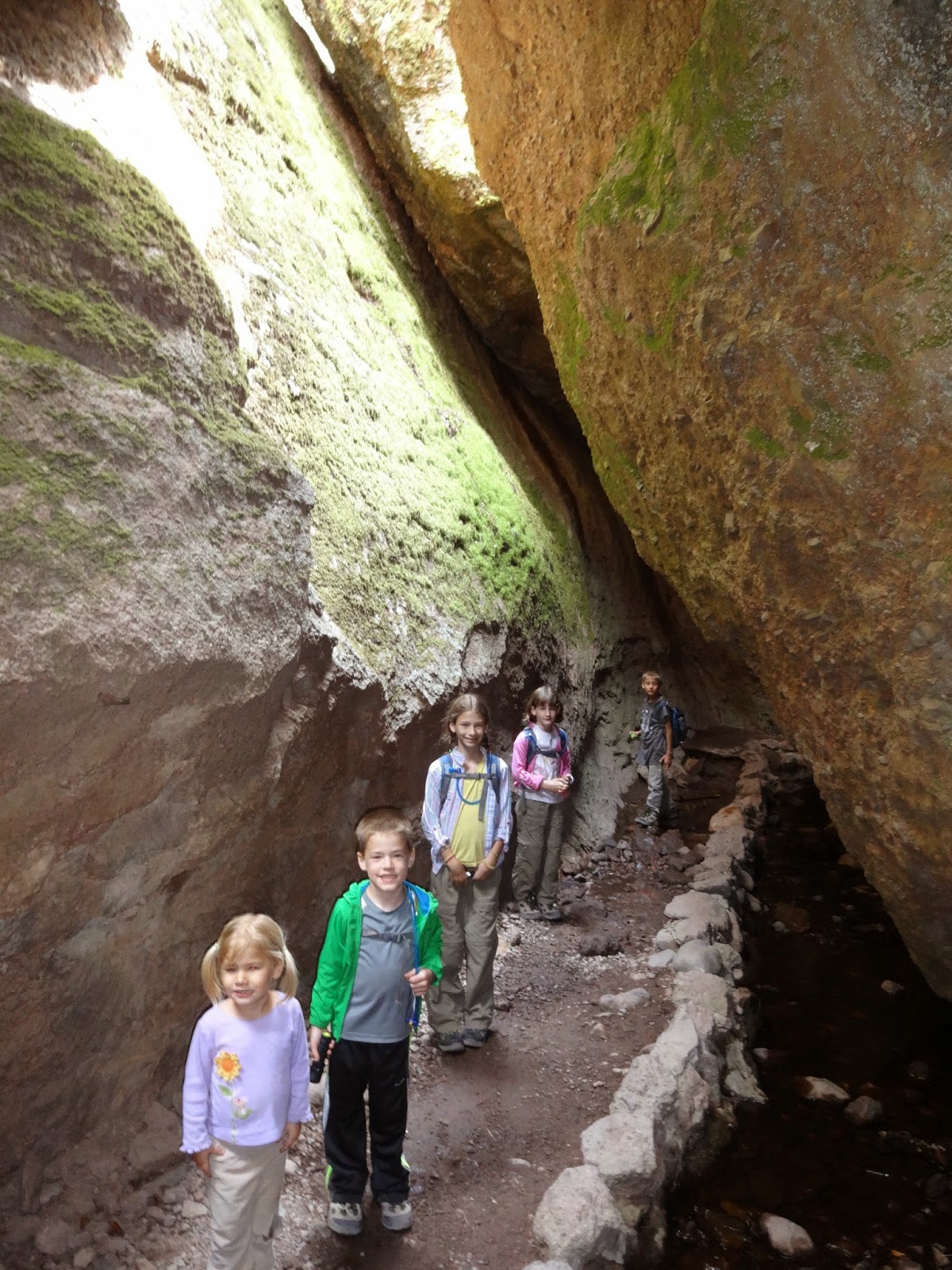 My own crew out on the trail.
Posted by Diary of an Autodidact at 11:32 PM

Email ThisBlogThis!Share to TwitterShare to FacebookShare to Pinterest
Labels: Fiction, Reading With my Kids, survival