This Side of Paradise by F. Scott Fitzgerald

Source of Book: I own this.
Date originally published on facebook: September 14, 2010


I recall reading a short story and an excerpt from The Great Gatsby in high school, but had never really spent time with Fitzgerald before.

This was his first novel, and launched his career. It is an odd combination of elements, being partially in ordinary prose, partially in blank verse, and partially in the form of correspondence between characters. Fitzgerald built the novel from previous efforts, which explains the feeling that certain parts don’t quite fit the rest of the novel.

This Side of Paradise was also, like several of Fitzgerald’s works, partially autobiographical. The protagonist, Amory Blaine, is essentially himself, and he recounts several of his early romantic affairs. I purposely did not read about Fitzgerald himself until after I finished the book, so I could enjoy the book without being distracted by the man. However, I gained some interesting insights into the book afterward by examining his life, and the parallels with the book.

The plot can be generally summarized as this: a young man grows from childhood to early adulthood, learns of himself, becomes disillusioned with love and life, and is left dissatisfied.

Amory, like the author, was born to a moderately wealthy family, attended Princeton, served in the armed forces at the very end of World War I, and fell in love with a difficult, fascinating woman. In the book, she chooses to marry money, and leaves Amory heartbroken. In real life, she chose Fitzgerald after his book became a success. Their marriage was the opposite of a fairy tale, however. They both partied and drank to excess. She spent the last years of his life in a mental institution with schizophrenia, later dying in a fire. He drank himself to death at a young age.

It was an odd coincidence that I read this book while reading G. K. Chesterton’s Orthodoxy. As a young man, Fitzgerald read voraciously; Chesterton was a favorite author early on, and is mentioned throughout This Side of Paradise. At first, Amory cites Chesterton as a favorite, and later rejects him as he loses faith in everything.

The overwhelming mood of this book, as seen through Amory’s eyes, is one of ennui, a boredom with life, people, and himself. Amory is described as an egoist – certainly accurate, and a remarkably self-aware description by Fitzgerald. Amory is always about himself. Even the women he loves, he loves as a reflection of himself – they mirror his own personality and provide a foil for his talent and wit. To a degree, this is a similar character to Sir Willoughby in George Meredith’s The Egoist, who also views others as a mirror for himself. However, while Willoughby evokes pity even as he is ruthlessly exposed for the reader, Amory remains an unsympathetic character throughout.  A real strength of the book is the way Fitzgerald is able to acknowledge his weaknesses, even though he was ultimately unable or unwilling to master them.

The contrast with Chesterton could not be greater. Chesterton is one of those larger than life personalities, like an overgrown child who is still discovering the world for the first time. Everything is thrilling and exciting to him. Conversely, Amory is thrilled by nothing. Even young love seems diminished. The whole narrative seems to give the feeling of a world shrunken and desiccated. The color has entirely gone out.

Another facet of this novel that struck me was the parallels with modern society. Amory could easily be from my generation. He is bored with work, love, and knowledge. He considers himself smarter than everyone else, despite a lack of evidence. He has difficulty believing or caring about anything.

The era, too, fits the modern era. The boom of the gilded age gave way to the war, then to the ‘20s and prohibition, and finally to the great depression. Although the book was published in 1920, Fitzgerald’s personal circumstances already gave a hint of the depression to come. The soulless drinking, partying, and self regard carried through the ‘20s, leading to a cultural hangover much like we are experiencing today. Amory despises the poor, even as he is threatened with poverty himself.

From the aesthetic point of view, this book is of mixed quality. At times, the use of language and description is piercingly good. Fitzgerald’s ability to show personality with a minimum of words can be breathtaking. So too, he captures the emotions of youth extraordinarily well, particularly as he was young himself at the time.

The book has its weaknesses as well. The tone and form is inconsistent, probably due to the multiple sources drawn together at the last. Fitzgerald also has a tendency to drop literary names, simply listing Amory’s current reading list at various times, and expecting the reader to draw conclusions. This works to a degree if the reader is familiar with Chesterton, Swinburne, Brooke, and others of the late Victorian and Edwardian eras. However, it lacks the clarity and wit of the passages where he allows the personalities to come through his writing directly.

The most memorable lines of the book come right at the end, in the form of Amory’s thoughts as he walks through a graveyard on his way back toward Princeton. He has just delivered a speech to a wealthy father of a friend from school in which he argues for socialism, despite believing little or nothing of what he says. The irony is that these memorable lines were largely stolen from the diary of his future wife, who never attained his renown, but became bitter over his success.

As Amory reflects on the meaninglessness of modern life, deciding that there was no God in his heart, and little left but disillusion and unrealized dreams, he describes his generation as, “[A] new generation dedicated more than the last to the fear of poverty and the worship of success; grown up to find all Gods dead, all wars fought, all faiths in man shaken.” In the final line, he stretches his hands to the sky and laments, “I know myself, but that is all.” Such is the lament of our present age. 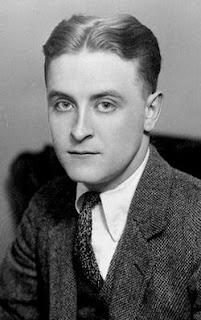 Posted by Diary of an Autodidact at 11:16 PM