Original Date of Review: November 16, 2010. Also published in the Res Ipsa Loquitur.
Source of Book: I own this (actually community property - my wife brought this to the marriage) See note at the bottom regarding the edition.

Sir Walter will have a place in my pantheon of cool writers for the fact that his first career was law. He also wrote some great books, of course. Also sweet was the fact that he grew up here: 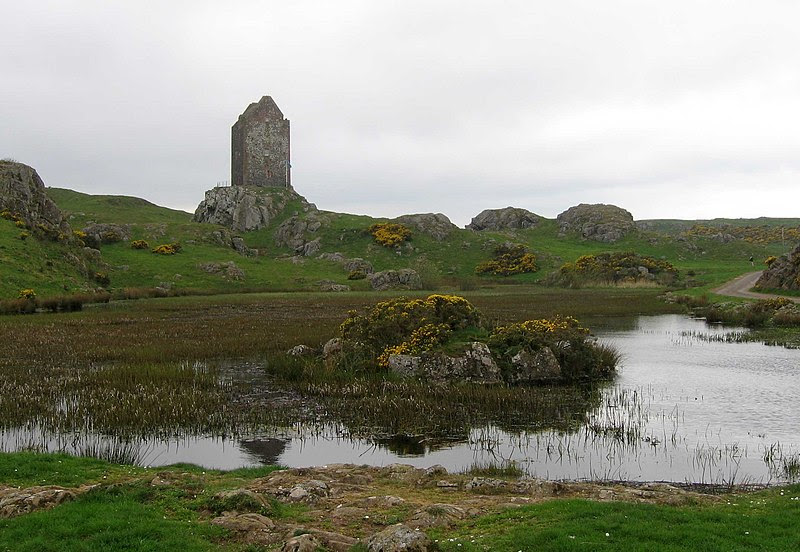 For those who care about old books, I have a note at the end of this review on the particular edition we own of this book.

Scott began his literary career writing poetry. He was successful enough to be offered the position of Poet Laureate – which he declined. Of course, the second choice, Robert Southey, was pretty decent himself.

The novels came later. Scott went into partnership to start a publishing house, which was a bit less than successful. His partner probably cheated him, and in any event, he ended up in debt. Scott refused to declare bankruptcy, but wrote at a furious pace up until his death to pay back the creditors. Being aware of his reputation as a poet, he released his novels anonymously at first. Eventually, his identity was guessed, and he confessed to being “the author of Waverly”.

Scott was a contemporary of Jane Austen. At the time, he was much more popular. More recently, however, as Austen has gained in reputation, Scott has suffered in comparison. In my opinion, this is unfortunate. Austen certainly deserves her good reputation – indeed, Scott was one of the first to recognize her genius. Scott deserves a second look by those who have dismissed him.

Scott has received criticism for being wordy and perhaps ponderous. It is true that, like many novelists of that time (and after), he takes his time. Of course, the same should be said of the likes of Dickens, Tolstoy, Joyce, and many others. Brevity may be the soul of wit, but it is rarely to be found in long form fiction. But perhaps this is part of the attraction of a well written novel. The slower pace allows the characters to develop, the language to flower, and the reader to become immersed in the story’s world.

Waverley is generally considered to be the first historical novel. Scott essentially invented the genre, and few have matched his skill. Ivanhoe, The Talisman, and Kenilworth live on in the popular consciousness, even though few realize it. Much of what we believe about King Richard the Lion Hearted and Queen Elizabeth I come from these novels. Disney’s animated Robin Hood steals whole scenes from Ivanhoe, for example.

The Heart of Midlothian is one of Scott’s Scottish novels. It is set primarily in Scotland, and makes extensive use of the dialect. Interestingly, the novel is primarily about women. Scott seems to have had a soft spot in his writings for strong female characters, from Rebecca in Ivanhoe to Queen Elizabeth in Kenilworth. In this particular book, the central character is Jeanie Deans, the daughter of a cowherd. When her sister is accused of murdering her illegitimate child, Jeanie decides to take a solo trip on foot to London to ask a pardon from the King.

Jeanie is truly one of the most admirable heroines of all literature. She is torn between her love for her sister and her determination to do the right thing at all times. Thus, she cannot perjure herself at her sister’s trial; but is willing to undertake the journey despite never venturing more than a few miles from her home. As evidenced by his payment of his debts, Scott himself had a strong sense of right and wrong, and probably struggled himself with the question presented. The struggle between moral and personal sacrifice is the theme of the book, and the answers that each character gives to the central question to a large degree determines that character’s ultimate destiny.

Not only is Jeanie the heroine of the novel, the villain and several other main characters are female, covering a broad spectrum of characters. Modern readers should note that Scott, like Austen, was a product of his era. For the time, Scott’s females were considered somewhat revolutionary in attitude, even while more or less remaining in roles approved by society.

Another feature of the book that I, at least, found interesting, was the theological humor. Jeanie’s father is what could be described as a fundamentalist Presbyterian. Neither the Church of England (horrors!) or most of the local Scottish clergy could rightfully be considered part of the faithful to him. Of all the awful things a person could be, the worst was an Arminian. A basic knowledge of the Scottish version of Calvinism is helpful to appreciate the wit in this matter.

I highly recommend Scott as an unjustly neglected author. My advice is to embrace the archaic, garrulous language and leisurely pace. Accept the fact that you must read at least 50 pages before the story starts to get going. If you have never read Scott, I would recommend starting with Ivanhoe, as it avoids the Scotch dialects and contains a good quantity of swashbuckling adventure. However, once you get a feel for Scott’s art, The Heart of Midlothian is well worth a read.

Note on the Edition:


Amanda purchased two of what was originally some sort of set of Scott’s works. These were published in 1884, and were at one point part of the W. Q. Judge Library in Halycon, CA.


Who was W. Q. Judge, and what is the story of his library? This is where the story gets interesting. William Quan Judge was, of all things, a lawyer born in Ireland, who became an important member of the Theosophical Society, a cult of the late 1880s. A group of said Theosophists formed a community called Halycon, which is located just south of Arroyo Grande. (For non-Californians, this is just south of Pismo Beach. Take the right at Albuquerque.)


Other notables from the Theosophists were composer Henry Cowell, and the brothers Russell and Sigurd Varian, who invented the klystron, thereby founding the Varian electronics company.


This community is still in existence today, as is the library. The have a mystical service of some sort each day at noon. However, they have a warning for foreign visitors that they are not accepting applications to live in a utopian community.


Amanda found these books at a used book store in San Luis Obispo after they were retired from the W. Q. Judge library. 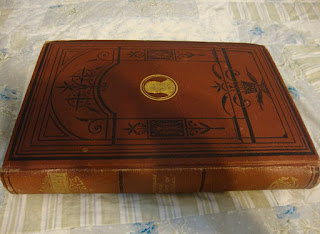 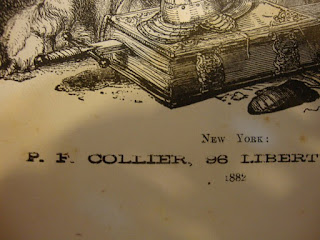 Posted by Diary of an Autodidact at 12:06 AM