One of the great resources for musicians is Dover Publications. They are well known for their affordable scores, but they also have a rich library of public domain works on music, including such gems in my own library as Berlioz’ treatise on orchestration. I should also mention that they reprint obscure classic literature for affordable prices too. One of my favorite quirky companies.
Anyway, this book was discounted, so I decided to buy it. 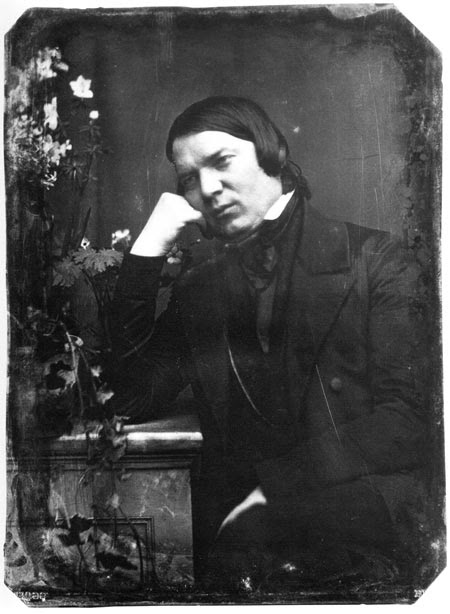 Schumann was known during his lifetime every bit as much for his writing as for his composing. He edited a musical journal, Neue Zeitschrift für Musik, which was influential both in its time and afterward. In addition to his work as an editor, he wrote hundreds of essays and other articles, the best of which are collected in this book.


I didn’t plan it this way, but this season, the Bakersfield Symphony Orchestra will be performing three works by Schumann. For our October concert, we will play the Manfred Overture, and the Piano Concerto. In the spring, we will play the 2nd Symphony, including the murderously difficult second movement. (Schumann loved the diminished arpeggio, which is awkward on stringed instruments.)


One of the joys of this book is reading about the composers of the past as they were experienced for the first time. Some of them are still popular today, while others have mouldered in the dustbin of history. Schumann wrote about them all, sometimes with admiration, other times with aggravation or dismissal. His judgment was pretty good, although not infallible. He wrote glowingly about Chopin and the young Brahms, approvingly of Mendelssohn and Berlioz, but disliked Meyerbeer, Wagner, and Liszt intensely. His opinions of the works of lesser lights were perceptive, both of strengths and weaknesses.


Throughout, his writings are full of wit, insight, and charm, even when discussing persons that nobody remembers.


Perhaps the best known line from Schumann’s essays is one which appears in an early review of Chopin’s Variations on 'La Ci Darem la Mano'. Schumann writes using a favorite technique, that of a conversation between fictional characters representing facets of Schumann’s own personality. The one bursts in, spreads out a score, and announces, “Hats off, gentlemen, a genius!”


Another interesting bit was a series of “letters” between Schumann’s alter egos, Eusebius and Floristan, and another fictitious character,  regarding a performance of works by Mendelssohn, conducted by Mendelssohn himself. Schumann was definitely not a fan of a certain newfangled invention, the conductor’s baton.


For my part, I was disturbed, both in the overture and in the symphony, by the conductor’s baton, and I agreed with Floristan that in a symphony, the orchestra must be like a republic, subordinate to no higher authority.


Every orchestral player at this point doubles over in uncontrollable laughter. Yeah, that really worked out for you, didn’t it?


I won’t quote from it, but the essay on Symphonie Fantastique is quite good.


Also excellent is the short musing on the characteristics of the various key signatures. I believe he attains the balance between the fact that keys cannot be entirely pigeonholed, but that they do make a difference, and matching the mood to the key is a skill that great composers have always had.


There is much to be enjoyed in this collection, particularly for the musician or lover of classical music.


It is difficult to think of Schumann without thinking of tragedy. First, he injured a finger which never recovered, preventing him from becoming a top-tier pianist. His compositions never became popular enough to provide a reliable means of support. He married his wife against her father’s wishes, having to engage in a legal battle in order to do so.


Most of all, however, was his tragic end. He suffered increasingly from some form of mental disturbance, and attempted suicide. (He was plucked from the Rhine by a boatman.) He then voluntarily entered a mental institution, gradually declining over the next two years until his death at the young age of 46.


Exactly what caused the illness is the subject of debate. One possibility is syphilis, which was all too common in those days. (It probably claimed the life of Schubert, and caused Smetana to lose his hearing.) For many men, they contracted it in their youth, from prostitutes. It is easy to forget it now, but for many years, it was the normal thing for young men to lose their virginities in a brothel - only females were expected to be chaste.


Another possibility is mercury poisoning. Mercury was a commonly administered “medicine” for a variety of ailments.


Others have suggested a brain mass, which is supported by some evidence from the autopsy, although the medical technology of the times prevents a solid conclusion.


Finally, he may well have suffered from a garden variety mental illness such as bipolar disorder.


Whatever the case, it claimed his health and life far too early.


Schumann’s compositions are often unjustly neglected as well. I find them to have an admirable emotional depth, and a melancholy beauty. Since he wrote so extensively for piano, I assume pianists tend to be more familiar with his works. We have played the first two symphonies at various times, but I am glad to have the chance to play Manfred, which is really quite delightful. 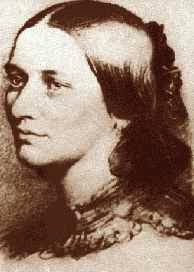 Clara, Robert’s wife, was one of the most amazing women in history. She was quite famous and admired as one of the greatest concert pianists of all time. She was the primary breadwinner for her family from a young age, with her performance fees contributing to her father’s income while she was a child, later outearning Robert during the marriage - and then continuing to support their young children after his death. She even raised some of her grandchildren after the death of their parents.


She is considered one of the pioneers of concert performance as we know it today, memorizing her selections before it became common practice - beginning at age 13.


She also composed, but lost confidence in her ability, believing that women were not able to rise to those heights. In recent years, her compositions have regained their popularity and reputation.

Posted by Diary of an Autodidact at 9:39 PM