Source of book: Borrowed from the library, now on my Kindle.
Copyright information: Public Domain 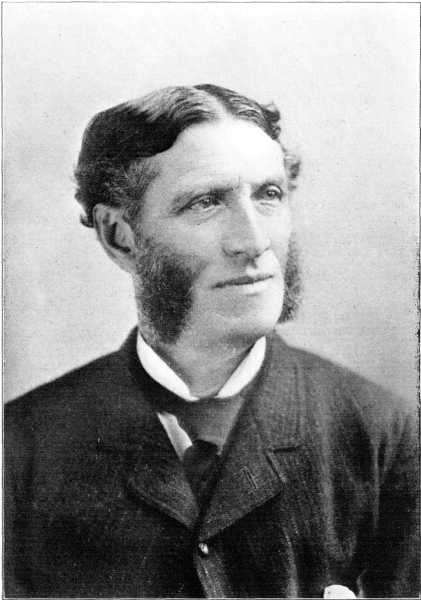 Most of us are familiar with Tennyson, perhaps for a poem or two we memorized for high school. Others of us enjoyed Idylls of the King, and perhaps Ulysses or Locksley Hall. In any event, his place in history is secure.

A significant number are also familiar with Browning, at least for The Pied Piper of Hamlin or My Last Duchess. I will confess that I have read little beyond those works.

Arnold appears to be the forgotten poet of the bunch, for some reason. This, despite his distinctive sideburns, which led to cartoon caricatures during his lifetime. I decided to start at the beginning and see what I could find. Hence, the reading of his early poems. I realize that this is an unfair way to form an impression, as the poet’s first works might not be his best ones, but it has the advantage of being systematic.

After reading these poems, I think one of the reasons that Arnold is less popular today is that he too accurately captured the spirit of his times. The Victorian Era has lost a bit of luster in our modern sensibility. Although we continue to admire the architecture and secretly wish to be Victorian nobility, we feel that that the philosophy is both foreign and hollow.

Arnold is intriguing in that he captures in verse both the optimism of the era and the pessimism.

On the one hand, the Victorians believed that man would continue to conquer nature and better himself. This has come true, at least as to the first. We have in fact reduced the infant death rate, and conquered disease to a remarkable extent since Arnold’s time. On the other hand, as Arnold sensed in advance, human nature has not exactly been on a self improvement streak over the last century. The horrors of Fascism and Communism exterminated much of the residual optimism of the 1800s, and the British Empire is no more.

One of Arnold’s sonnets is an interesting illustration:

‘IN harmony with Nature’? Restless fool,
Who with such heat dost preach what were to thee,
When true, the last impossibility;
To be like Nature strong, like Nature cool:—
Know, man hath all which Nature hath, but more,
And in that more lie all his hopes of good.
Nature is cruel; man is sick of blood:
Nature is stubborn; man would fain adore:
Nature is fickle; man hath need of rest:
Nature forgives no debt, and fears no grave;
Man would be mild, and with safe conscience blest.
Man must begin, know this, where Nature ends;
Nature and man can never be fast friends.
Fool, if thou canst not pass her, rest her slave!

Contrasting with whatever optimism could be found in the triumph over nature is Arnold’s pessimism over the future and present of human relationships. In his longer poem, Modern Sirens, he compares modern women to the ancient sirens, and not very flatteringly, I might add.

He also gives a warning to “an ambitious friend” in Horatian Echo, wherein he warns against the futility of politics.

At this point, I might mention that Arnold has a fondness for the name “Marguerite”, for reasons I was unable to discover. She is addressed directly in a couple of poems, and the name recurs throughout the early poems.

I do not want to give the impression that Arnold poems are second rate. Although I took a while to warm to them, they did grow on me as I read. Although some seem more dated than others, many of his sentiments describe the modern sense of ennui and disenchantment with mankind that persists today.

One facet of Arnold’s work which I found intellectually interesting is his ability to write in a wide variety of poetic forms. As seen above, he used the Petrarchan sonnet form, but modified in rhyme scheme to ABBA CDDC EFEGGF. He also used a variety of sonnet forms from strict traditional to other interesting variants.

One of his longer poems, the narrative poem The Church of Brou, uses several Middle English forms to tell a tale similar to an old fashioned ballad – that of love severed by death, and the erection of a church as a memorial. The first part of the three part form is in ballad stanza, and tells of the death of the young duke while hunting. The second part uses an eight line stanza (similar to an old form, but not quite) rhymed ABCABCAA. This section tells of the building of the church. The fast pace of the first part is now contrasted with the slow, methodical building of the second. The third section tells of the way the church fell into disuse and obscurity through the subsequent years, and is stated in rhymed couplets in iambic pentameter. All in all, an excellent use of form to support the substance of the poem.

I also enjoyed a pair of poems on youth, entitled Youth and Calm and Youth’s Agitations, an interesting musing on the nature of youth. Here is Youth’s Agitations, written in this case in the Shakespearian sonnet form. Definitely one of my favorites.

When I shall be divorced, some ten years hence,
From this poor present self which I am now;
When youth has done its tedious vain expense
Of passions that for ever ebb and flow;

Shall I not joy youth's heats are left behind,
And breathe more happy in an even clime ?--
Ah no, for then I shall begin to find
A thousand virtues in this hated time!

Then I shall wish its agitations back,
And all its thwarting currents of desire;
Then I shall praise the heat which then I lack,
And call this hurrying fever, generous fire;

And sigh that one thing only has been lent
To youth and age in common--discontent.

Another memorable line comes from A Modern Sappho, a poem on unrequited love.

Their love, let me know, must grow strong and yet stronger,
Their passion burn more, ere it ceases to burn.
They must love--while they must! but the hearts that love longer
Are rare--ah! most loves but flow once, and return.

Perhaps these lines from To a Gipsy Child by the Seashore capture Arnold’s sense of  world-weariness the best:
Is the calm thine of stoic souls, who weigh
Life well, and find it wanting, nor deplore;
But in disdainful silence turn away,
Stand mute, self-centred, stern, and dream no more?
Or do I wait, to hear some gray-hair'd king
Unravel all his many-colour'd lore;
Whose mind hath known all arts of governing,
Mused much, loved life a little, loathed it more?

Posted by Diary of an Autodidact at 10:55 PM